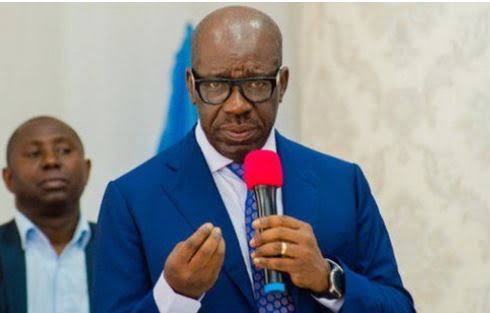 Governor Godwin Obaseki of Edo State has come under heavy knocks from the civil society for his decision to stop the Niger Delta Development Commission (NDDC) from executing projects in the state.

Obaseki, it would be recalled, had last weekend announced the immediate stoppage of NDDC’s contractors from executing projects or undertaking contracts in the state, when he received the management team of Seplat Petroleum Company Limited in Government House, saying that the body had failed the region in the discharge of its responsibilities.

The governor announced that the state government would be approaching the court to seek an order stopping the federal government agency from embarking on any project in the state without the consent of the state’s Executive Council.

Giving the knocks were the African Network for Environment and Economic Justice (ANEEJ) and the Coalition of Registered Political Parties (CRPP), who on Sunday described the governor’s decision as not only wrong, but a gross disservice to the people of Edo State.

The chairman of CRPP, Dr. Samson Isibor, condemned the position of the governor, saying that it was not in the place of the governor to dictate to a federal agency.

“The one that is under his jurisdiction which is EDSOGPADEC (Edo State Oil and Gas Producing Areas Development Commission) he has not done it and he is talking about how to take over NDDC. We as Edo people are not in line with that position. The things he said he has been doing in Edo State, we have not seen them, we appeal to the NDDC not to listen to him.

He should go to the National Assembly to say he wants to take charge of NDDC so that they can change the Act. There is a channel of communication which I think he should use and not this authoritarian way he is adopting, we are in a democracy which bedrock is dialogue”, Isibor added.

Also speaking on the matter, the Executive Director of ANEEJ, Rev. David Ugolor, said the governor should adopt political means of resolving whatever issue he was having with the NDDC.

According to Ugolor, “I understand the genuine pains that the governor is feeling particularly going by the background that NDDC is associated with a lot of corruption and bad jobs that it had carried out across the country.

However, I don’t know on what framework the governor is taking that decision. I think he should use political means to achieve that, going to court is not an option that is viable for the people of Edo State, he will only succeed in denying Edo state from benefitting from NDDC projects. He should use the platform of the Nigerian Governors Forum to articulate the issues rather than going to court.”

Okebukola’s age record with us not falsified ― LASU