Obaseki is best answer for Edo in these trying times —Ikhine 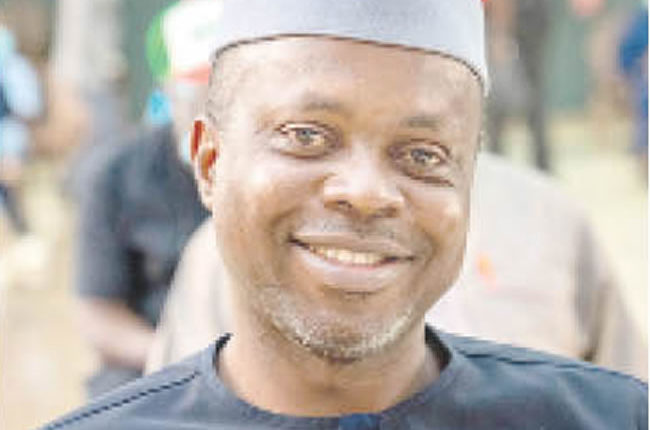 Gideon Ikhine, Deputy Director-General of the Edo State Peoples Democratic Party (PDP) Campaign Council for Governor Godwin Obaseki’s re-election in the September 19 governorship poll, speaks on the governor’s performance, the preparation for the election and other issues.

FOUR years after Edo people gave Governor Obaseki their mandate to run with, how has the journey been so far?

As Deputy Director-General of Governor Godwin Obaseki’s Campaign Organisation, I must tell you that we have done a lot. We must learn to separate politics from governance. In the aspect of governance, Governor Obaseki is the right peg in the right hole. He is the right man for this trying time. He is a leader that is passionate about the common man. He has also been prudent in the management of the state’s resources.

With such a man, should Edo State be looking for another candidate from another party? No! What I see is a question of continuity. Fortunately for the governor, there is no other candidate or rival that is competing with him in the September 19 election in the state. There are pretenders to the throne. They are all welcome to the field during the poll. They will soon realise that they are just escorting him. In a case like this, winners and losers must emerge.

What gives you the conviction that Obaseki will win the September 19, 2020 poll?

I know that Governor Obaseki will be re-elected because the lives of Edo people have been transformed positively. It is beyond the commissioning of roads or schools and other infrastructure. Besides, it is not a question of putting Christmas decorations on a dead wood that will make the dead wood live. Obaseki does not have such time. He has over 3,000 projects and is yet to commission many of the completed ones.

Obaseki is a man that works and builds infrastructure, yet does not make a noise with his achievements. He knows that it is his responsibility to work for the people.

One of the significant accomplishments of the governor that everybody sees but is not mentioned often is prompt payment of salaries. Since the coming of the governor, workers in the state get their salary on the 26th of every month. Every worker in Edo State has a minimum of four dependants. These include the wife/husband, children and family members as well as people he/she might probably give handouts to. Before Obaseki’s administration, people had to pray to God and occasionally go to spiritual houses to pray for their salaries to be paid. Most times, even when they go to these spiritual houses, those spiritual beings are not able to make the governor pay their salaries.

Today, the situation has changed for good. God is now at rest. Because of the innovation of the incumbent governor, workers in the state are no longer asking if God still exists. How many pensioners in the state have died in the past four years while awaiting their monthly entitlement?

What do you have to say on the people threatening violence before and during the election because they want to go back to the old days when thugs held sway?

The era of one person selling a parcel of land to 20 people in the name of Community Development Association (CDA) is over in Edo. The action of those few individuals hindered development in the state. When good people are in position, people tend to suddenly forget what they have gone through in the past. Do they want to take us back to the era where a sitting governor will look at a widow and the most vulnerable people in society and tell them to go to hell?

But here, you have Obaseki asking widows what he could do to assist them. Soon, we will be asked to tell Edo people to make a choice between where they are coming from and where God has placed them. What I do know is that nobody wants to go back to the era where they go shopping in the market and somebody will pour sand in their garri, demand taxes from them and use the money to build their houses and hotels, yet tell the people to go and die.

What do you make of the comments by the former national chairman of the All Progressives Congress (APC), Adams Oshiomhole, on the governor?

We were in this state when Oshiomhole told us Obaseki worked for him for eight years and never took a salary. He also told us that Obaseki who was the head of his Economic Team is very qualified to take Edo people to their destination because he knows everything about resetting the state’s economy.

Is it because Obaseki took the good ones from everything Oshiomhole and threw away the bad ones by the former governor that he is angry with the incumbent governor? It has got so bad that Oshiomhole is now looking for people that he had called certified armed robbers in the past to come and run for office. Edo people will not welcome any individual to take over their resources for personal gains.

Could that be the reason Obaseki’s opponents do not want him returned as Edo governor?

Do you think the people’s votes will count in the election?

I know the votes will count. I am very convinced. In the election, there are three stakeholders: the people or electorate; the Independent National Electoral Commission (INEC) and the society. Can you tell me any of this constituency that Governor Obaseki has not affected? That is why we are expecting him back.  The people’s vote will count. What is more interesting about the election is the margin of votes the Governor will use to defeat his political opponent.

What do you think could likely be Governor Obaseki’s albatross in the poll?

They have been saying that he has not done anything. Let me tell you things about some of the gigantic projects in Edo State he has done like the Gelegele sea port, now known as the Benin River Sea Port that they have been talking about. For you to carry out a conceptual design of a project, you need to carry out studies which cannot be done in one day or haphazardly.

First of all, we need an access road to the proposed port. That is what the governor is already doing with Ekehuan Road dualisation. Aren’t you going to build jetties? Aren’t you going to study the waterway and know the drift of the water? There are a lot of studies that are being done. You do not wake up one day and start building a skyscraper without design or the Environmental Impact Assessment (EIA) of the project, the logistics and the benefits of those projects to the state.  If you have not considered this set of variables, you do not embark on the project. Besides, most of the projects were initiated by this administration.

They are talking about Memorandum of Understanding (MOU) and private partnership with the government. Individuals are coming in. There has to be an understanding in the partnership and investments and agreements. I also heard from someone that the Modular Refinery of the government does not exist. That is not true and abysmal. For the record, Edo State Modular Refinery will be completed and commissioned very soon. Those are part of the MoUs that you can see that are operational.

What should Edo people expect from Governor Obaseki in the next four years if re-elected?

Edo people should expect more life-changing projects. When I became close to the governor, I saw the quantum of the projects that he has done. I became very humbled. I can tell you that there is a lot to learn from Governor Obaseki. You know that by any means, I am not daft. In the few days that I have been with the governor, I have become a student so I can learn from him what it takes to handle government. I might know politics and business, but when it comes to governance of this state, we have the best gift that God has given to us in the governor.