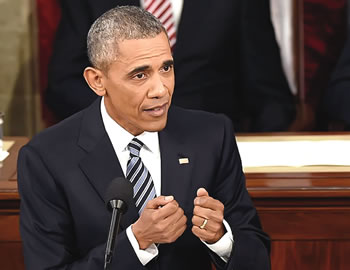 United States President Barack Obama on Tuesday, pledged 90 million dollars to help clear millions of Laos unexploded bombs that was dated back to the Vietnam War.

The assistance was announced by Obama during a meeting with Laos’ President Bounnhang Vorachit, Deutsche Presse-Agentur (DPA) said.

The assistance would be used to fund a national survey and clearance project with the Laos government over the next three years.

Unexploded bombs have killed more than 20,000 people in Laos since the 1970s.

The “comprehensive cooperation in addressing war legacy issues has allowed both countries to develop a relationship that looks to the future,” the two leaders said in a joint statement.

According to the statement, over the last 20 years, the U.S. has contributed over 100 million dollars to support unexploded ordnance clearance programmes.

It said that the fund has helped to reduce casualties from over 300 per year to fewer than 50.

During the Vietnam War, U.S. warplanes dropped at least 270 million cluster bombs on Loatian villages and the countryside to try and cut off the North Vietnamese army’s supply trails.

Approximately 80 million of them failed to detonate and less than 1 per cent have been cleared, according to U.S.-based NGO Legacies of War.

Between Dogara, Abubakar and Bauchi people