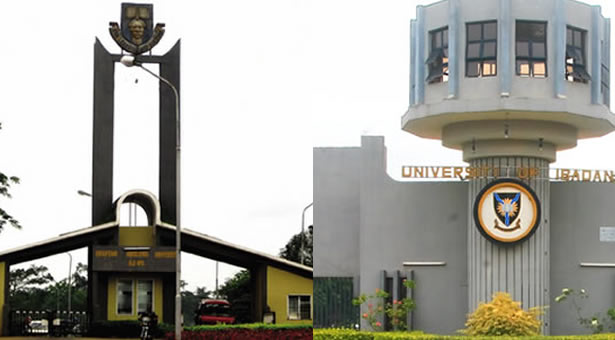 Teachers of the Obafemi Awolowo University (OAU), Ile-Ife and University of Ibadan staff schools on Thursday protested against the failure to comply with the industrial court ruling, which ordered their inclusion in the institutions’ payroll.

The protesters, who moved from the campus gates of OAU to the Senate building, displaying various placards also demanded the payment of their outstanding salaries.

Speaking on behalf of the protesters, the National Vice president of Senior Staff Association of Nigerian Universities (SANU), South West, Comrade Alfred Jimoh, said they were protesting against the injustice meted out to staff school teachers in the two universities.

He accused the management of the two institutions of allegedly disobeying the court order on the staff school, as well as contemplating plans to privatise the institution staff schools.

ALSO READ: Over N21m, cars, others for grabs in Dangote “Bag of Goodies” promo

He said, “we have been on this since 2014. At a point, the Minister of Labour took the matter to court for interpretation of the clause that the university shall see to the recurrent and current expenditures of the staff school where the university was referring to the government.”

“After the judgement was delivered on December 5, both University of Ibadan and Obafemi Awolowo University are yet to comply with the industrial court ruling. The Vice-chancellor of OAU is instead planning to privatise the staff school which we will not condone.”

“The UI said it was waiting for a circular from the government before complying while OAU is yet to comply, our workers are being owed 13months salaries. Our workers are being paid half salaries and not paid as and when due. UI was also paying 75 percentage which they last paid in March and they expect them to teach their children who are pupils of the school.”

“The leadership of the two unions, SSANU and NASSU met on Monday where it was decided that another round of pressure should be mounted on the management of the universities until their demands are meant,” Jimoh asserted.

He, however, explained that though the national leadership of the two national unions was yet to direct the teachers to embark on strike, teachers could boycott classes until their demands are met.

When contacted, the Public Relations Officer (PRO) of OAU, Mr. Abiodun Olanrewaju, said the institution was never a party to the court ruling, saying the defendants in the ruling were National Commission of Salaries and Wages and Ministry of Education.

He said, ” If you are not a party to a suit, the judgement should not be of concern to you. Those involved in the case were Ministry of the Education, National Commission for salaries and wages. OAU was not written in the judgment. What they should have done is to go Abuja to protest. The management of the institution will only do whatever the ministry of education orders.”

Speaking on the outstanding salaries he contended that, ” I am not aware of the management owing them. what I am aware of is the decision of the management which was in accordance with the directives of the Ministry of Education to pay them the equivalent of primary school teachers for them to be absorbed in the school payroll.”

Over N21m, cars, others for grab in Dangote “Bag of Goodies” promo