OAU to honour Rwandan president, 3 others 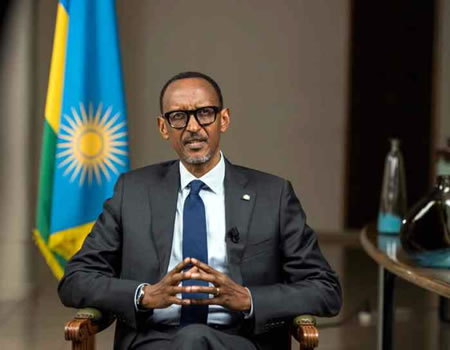 Rwandan President, Paul Kagame, as well as three other eminent Africans, are to be honoured at the 44th convocation of the Obafemi Awolowo University, Ile-Ife.

A statement issued on Wednesday in Ile-Ife by the Public Relations Officer of the university, Mr Abiodun Olarewaju, said another eminent African to be honoured is Mr Biodun Shobanjo, a marketing communications practitioner.

The others are the President of African Export-Import Bank (AFREXIMBANK), Dr Benedict Oramah, and the Managing Director and Chief Executive Officer of First Bank of Nigeria Plc., Mrs IbukunOluwa Awosika.

The statement said Kagame’s exemplary leadership qualities and achievements in Rwanda were considered, especially his being actively instrumental in ending the infamous genocide in Rwanda.

According to the statement, the recognition of the outstanding and remarkable achievements of Kagame led to the decision to confer on him the Doctor of Public Administration (Honoris Causa).

It also stated that Shobanjo’s trailblazing efforts and enduring legacies in the last 50 years in marketing communications in Nigeria and his humane social activism had made him fit for the award of the Doctor of Letters (Honoris Causa).

The Doctor of Science (Agric. Economics) (Honoris Causa) conferred on Dr Ben Oramah,the statement said, was in recognition of his outstanding academic achievements.

It added that the indelible corporate achievements, unique and outstanding contributions to the growth of entrepreneurship in the society and humane social activism earned Mrs IbukunOluwa Awosika a Doctor of Business Administration (Honoris Causa) degree.

The awardees, the statement said, would be conferred with their degrees during the 44th convocation of the university scheduled for between December 11 and December  14.