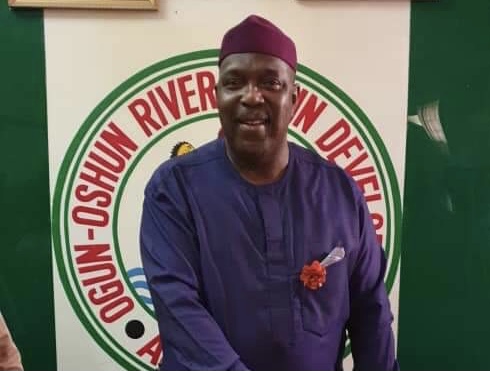 Odumosu, whose tenure expires on Monday, January 4, was alleged to have moved some items such as refrigerator, office cabinet, computer systems and beddings for his office and official residence.

He was also alleged to have taken away with him classified documents bearing financial transactions of the agency, on Thursday, 31st December, 2021, which was his last day in office .

A member of staff of the organisation who preferred informed our correspondent, that Odumosu, was spotted moving the items into a Hilux bus.

The source said the outgoing MD was challenged by union leaders for allegedly carting away government’s belongings, which was said to have resulted in hot exchange of words.

“It was this morning of Thursday 31st, December, that we realised that our outgoing MD started removing valuables from his office. People saw him carrying some bags and other things. We were informed that he removed office files, refrigerator, cabinet, computer system, mattresses and some other things.

“The leadership of our union was informed about the action of Odumosu and a representative of the union was sent to confront him. He, however, got infuriated and claimed that the they were intimidating him because it was his last day in office.

“He claimed that the property removed from office and official residence were his and the leadership of the union asked him to provide evidence to back his claim.

“He kept insisting that they were trying to intimidate him because he will be leaving office on Monday as his tenure will expire 12 midnight of that day, 4, Jan. 2021.”

Odumosu in a telephone chat denied the allegation and described it as absurd.

He insisted that he had neither stolen government’s money nor any property belonging to it.