Latest News
By BY OLAWALE OLANIYAN AND DEBORAH MUSTAPHA On Apr 26, 2019 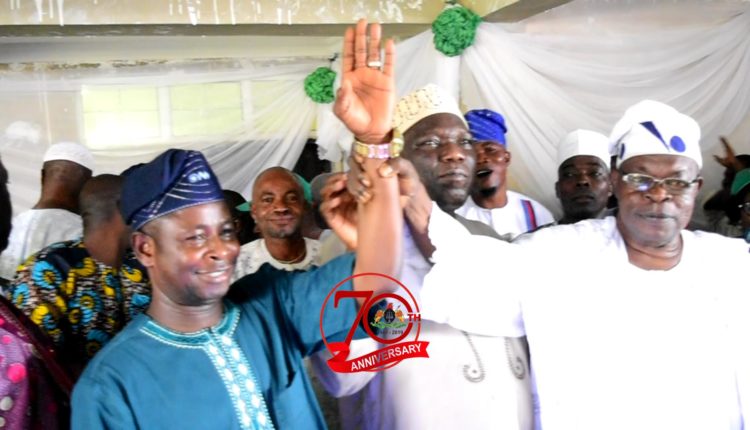 Speaking at the peace meeting, Alhaji Yasin, said that the essence of his visit to Ibadan was to unite all warring members of the union in the state, as he urged them to remain in peace.

In the past, NURTW in Oyo State was believed to be a body that was synonymous with violence and chaos by the general public, given the incidence of civil unrest that was becoming a daily episode at that time.

The development witnessed on Friday according to observers have doused the tension that is believed to be in the offing when a new administration of the union wants to take over later this year.

Yasin said that driving remains a profession and NURTW has international affiliation as well.

“We have a transition and in August, there will be a delegate conference.

Thereafter, the unions in all the 36 States of the federation will elect their new leaders in October.

“Nobody can draw the union (NURTW) back, nothing like overthrowing of garages anymore because we have a constitution to back our activities.

“Today, I’m announcing Alhaji Tokyo as the godfather of NURTW in this state,”

Yasin added just as he urged the executive of the union to see to the welfare of the former chairman [Tokyo].

ALSO READ: Why we supported Lagos govt’s shutdown of 45 schools —NAPPS, parents, others

Ejiogbe, in his remarks, appreciated the visit of Yasin, saying that it was a demonstration of effective leadership saying that the development is good for NURTW in the state.

In her remarks, Oyo State Director, National Orientation Agency (NOA),  Mrs Dolapo Dosunmu urged the NURTW members in the state to follow their code of conducts and be good ambassadors of the association.

Meanwhile, members of NURTW in the state led by the national president, Alhaji Yasin, paid a courtesy visit to the Oyo State Governor-elect, Engineer Seyi Makinde, who was represented by his deputy, Engineer Rauf Olaniyan, where they promised their total support for the incoming government.

Yasin congratulated both the governor-elect and his deputy and wish them a successful tenure.

He added that NURTW is an organization that always support the government in power 100 percent and “we assure your administration of maximum support too.”

New salary is yet to be approved for Armed Forces ― DHQ

Ejiogbe, other NURTW state leaders to remain till October ― Yasin