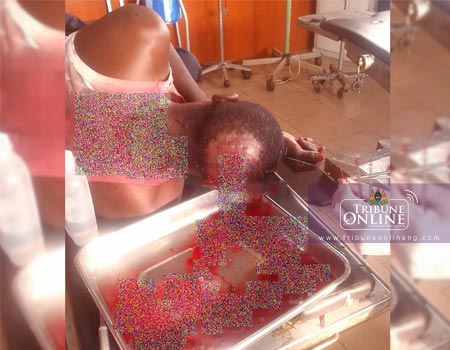 No fewer than 15 members of the National Union of Road Transport Workers (NURTW) in Ondo state, were seriously injured during a bloody clash over leadership tussle.

It was gathered that the clash which started around 8:30pm on Wednesday lasted for several hours with members of the union laying claim to the leadership of a unit

According to a source, members of the union in the state organised a peaceful rally on Wednesday to usher in the new Chairman of the NURTW in the state, Jacob Adebo, who was inaugurated on Thursday.

He explained that trouble started when some members of the union from Ifelodun units were returning from the rally while some members to a former Chairman descended on them.

The source said this led to a free for all fight between the two groups but said at least 15 people were injured and rushed to the state hospital after the fracas.

He explained that the immediate past Chairman of the unit, popularly called Adehun, organised some hoodlums to attack members of the union while coming from the rally organised for the state chairman.

According to him, Adehun refused to vacate the chairmanship seat after spending eight years as the chairman of the units while majority of the members of the drivers’ union voted him out.

He however said Adehun loyalist ambushed members of the union while returning from the rally injuring about 15 members saying the member sustained various degree of injuries and were rushed to the State Specialist Hospital in Akure.

The state Police Public Relations Officer, (PPRO) Femi Joseph, confirmed the development but said no arrest has been made.

He said men of the state police command have commenced investigation into the fracas assuring that the hoodlums would be brought to book.