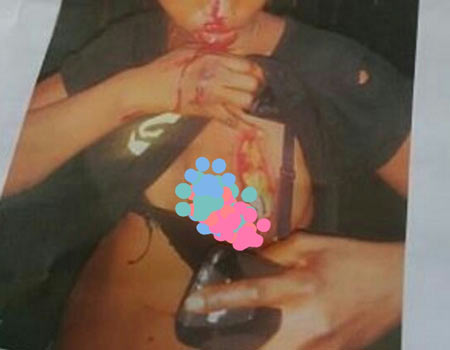 A nursing mother, Tina Promise, 28, who allegedly slashed the breast of her lover’s girlfriend with razor blade was on Wednesday brought before an Igbosere Magistrates’ Court in Lagos.

According to the News Agency of Nigeria (NAN), Promise, a mother of three residing at 71B, Molade Okoya Thomas Street, Victoria Island, Lagos, is facing trial on a count charge of unlawful assault.

The prosecutor, Sergeant Francesca Job told the court that the accused committed the alleged offence on February 6, at 9:20 p.m. at her residence.

She said that the accused unlawfully used razor blade to inflict injury on the left breast of one Miss Esther Onogwu, 22, a cleaner at Eko Hotel.

According to the prosecutor, the offence contravened Section 244 (a) of the Criminal Law of Lagos State, 2011.

However, Magistrate F. O. Botoku granted the accused bail in the sum of N200, 000 with one surety in like sum.

She adjourned the case till March 1 for mention.