Latest News
By Ebenezer Adurokiya-Warri On May 27, 2020 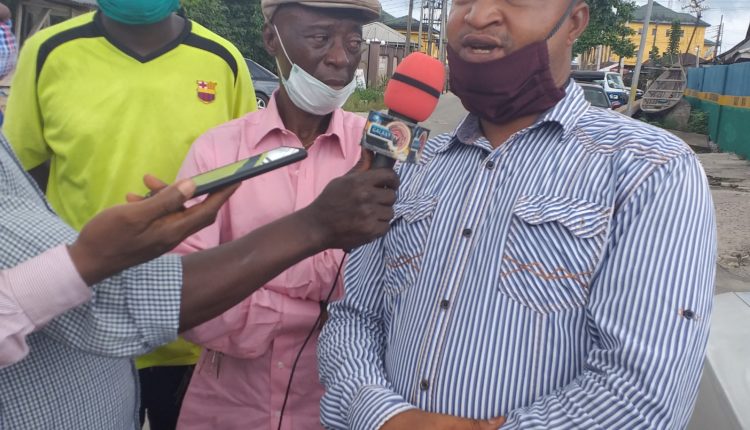 The Nigerian Union of Journalists (NUJ), Delta State council, has condemned the invasion of its Warri Correspondents’ Chapel Press Centre and the arrest and detention of five journalists on Tuesday.

The body, through its legal counsel, Akpokona Omafuaire, a former chairman of the Warri chapel, therefore gave the police authorities 24 hours to tender an apology or risk litigation over breach of the fundamental rights of its members.

Tribune Online late Tuesday reported that Edeki Igafe of News Agency of Nigeria (NAN), Matthew Omonigho of Daily Post, Francis Sadhere of BusinessDay, Onyekachukwu Meleuwa of Punch and Christopher Odama of the Trumpet Newspaper Online were arrested and detained at the Warri Area Command of the Nigerian Police.

It was gathered that the correspondents, whose mobile phones were allegedly taken from them, were arrested and detained by some policemen from the IGP/MU unit of the Police Headquarters in Abuja.

They were eventually released late Tuesday night after N1 million bond was signed and statements of the victims taken.

They were subsequently asked to report to the Warri Area Command at 10:00 a.m on Wednesday.

Narrating their ordeal at the Warri Area Command on Wednesday morning, NAN’s correspondent, Mr Igafe, said no offence was brought against them even though their phones were allegedly seized and searched while in detention.

Chairman of NUJ Delta State Council, Mike Ikeogwu, who was represented by an ex-officio, Mr Felix Eku, condemned the invasion of the Press Centre to arrest the journalists.

He called on the Inspector General of Police (IGP), Mr Mohammed Adamu and the Commissioner of Police, Delta State, Mr Muhammed Inuwa, to investigate the invasion and the abuse of the fundamental rights of the journalists.