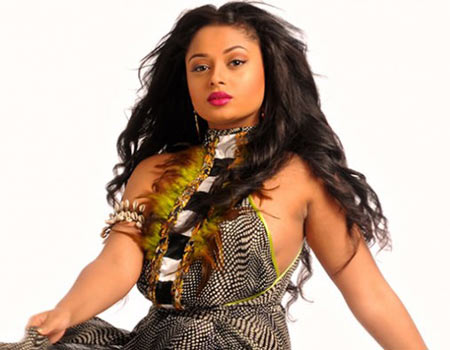 The Nigerian born British-Ghanaian act, Rachel Akosua Funmilola Garton popularly known as Lola Rae, expressed that nudity is something fans should not expect from her, but assured that “there will be enough to see to keep their imaginations going.”

The singer who recently released a song with popular award winning artist Davido, titled ‘BIKO’ said though artistes are not promoting nudity, “it is exactly what is taking over the music industry because everybody wants to sell his or her song.”

Lola explained that the way she dresses on a normal day is quite different from the way she does when going onstage.

In her words, “I always like to look sexy while performing and it’s a way of giving my fans the best.”

When asked about the kind of guys she likes, Lola Rae said “I like guys that can make me laugh, genuinely kind and God fearing because my family is very religious.”

Music is my life —C Face

Court sacks PDP senator, orders him to refund all emoluments