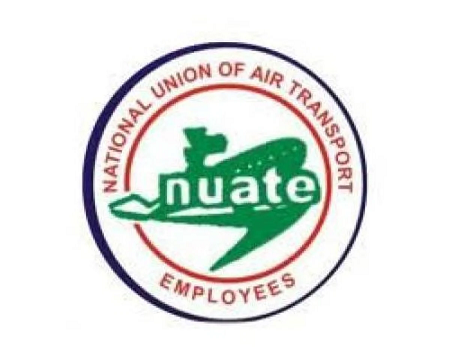 The National Union of Air Transport Employees (NUATE) has expressed misgivings about the plans to float a new national carrier, Nigerian Eagle vowing to tackle the federal government if it goes ahead with the plan without resolving all labour issues.

Speaking at a congress held at the entrance of Arik Airline, NUATE through its executives though welcomed the plan to float a new carrier because of job creation, the venture it would attract and provision of incentives for deeper business penetration, queried the alleged movement of assets including personnel of Arik Air under receivership of the Assets Management Corporation of Nigeria (AMCON) to  the proposed new airline without resolving all labour related matters.

As good as the floating of the new national would have been, the union declared: “But, there are ominous signs that what should ordinarily be a lofty project will likely run into a heavy storm being created by a thoroughly fouled and convoluted industrial atmosphere at Arik Air. We consider it most unfortunate that an odd combination of AMCON’s egoistic, evasive and self-defeating tendencies on the one hand, and Arik Air’s unrelenting penchant for courting crisis on the other hand, as well as severally demonstrated lack of capacity/disdain for labour relations practice have evoked a perplexing atmosphere of forlornness in the Airline. Under this atmosphere, it is practically impossible to be hopeful of any good thing. Hence, our misgivings concerning Nigerian Eagle.

“We wish to use this medium to pose the following questions which expose the evil machinations inherent in AMCON’s/Arik Air’s unholy craft and perfidy called NG Eagle:

Presently AMCON is in receivership of two airlines – Arik Air and Aero Contractors – being a 60% shareholder in the latter. One should then ask why AMCON would be floating another Airline. We smell a rat.

“We decipher that AMCON’s unstated objective is to open a window of business opportunity as a way to recoup its heavy financial losses through the heavy debts in Arik and Aero. But, surely NUATE can’t be the only ones wondering what sort of business ingenuity there could be in running three airlines simultaneously.

“We have it on good authority that AMCON’s real intention is to sidestep the debt overhang, particularly in Arik air, while continuing to make money from the airline business without any real capital injection. This it intends to achieve by moving all valuable assets of Arik Air, including human asset, into the new NG Eagle. The questions are, what becomes of the carcass of Arik Air and its personnel after such evil wind?

“Presently, AMCON has already moved some Personnel of Arik Air to NG Eagle while being loudly silent on the service records of such personnel in Arik Air. What happens to the previous years of service, or how assured is the security of such service in their new assignments? Or, shall such service be in vain?”

NUATE accused AMCON and the management of Arik of arrogating to themselves “the powers to probate and reprobate on all issues pertaining to status of employees in this ingenious business melodrama, with complete disregard to subsisting collective bargaining agreements and relevant labour laws. Is NUATE expected to cheer them on to the neglect of its responsibilities and obligations to its members in the airline?

According to the union; “If this conundrum by AMCON will lead to depopulation of the employed and increase in poverty, as is clearly established, shouldn’t one wonder why the Government and its relevant agencies appear to either be acquiescent or in actual aid of the furtherance of the obnoxious objective? Are we permitted to ask of our leaders the rationale behind the uninhibited aiding and abetting of this social-economic criminality?

“While committing the societal aspects of this brazen effrontery to the court of public opinion, and urging urgent intervention by appropriate government agencies, Ministry of Labour, Ministry of Aviation, Nigerian Civil Aviation Authority among others, we have raised the labour aspects before the Management of Arik Air as trade disputes. Should the Management raise itself to the needed open mindedness and heartedness, then we are willing and desirous of resolving them amicably as expected of progressive social partners. Then we shall welcome NG Eagle with our Solidarity Song and pop champagne.

“But, in the event that the reverse of the above is the case, then we shall sing our Solidarity Song as a call to the struggle to fight for the rights of Arik Air’s long suffering employees. The ball is in their court.”