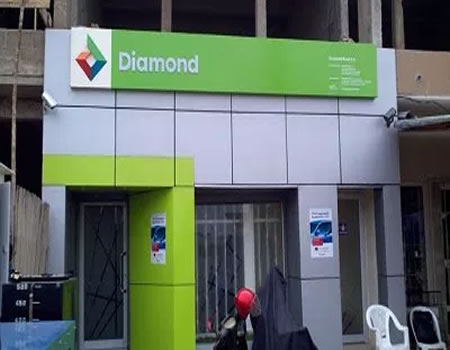 THE Nasarawa state Internal Revenue Service (NSIRS) has sealed up all branches of Diamond Bank and First City Monument Bank (FCMB) over the banks refusal to grant the service access to its cyberspace for tax reconciliation.

Speaking to newsmen shortly after the exercise on Wednesday in Lafia, the NSIRS Chairman, Alhaji Usman Okposhi, said the shutting down exercise was necessitated after several futile efforts to get the two banks to allow the tax institution access to their cyberspace documents to ascertain taxes generated from customers.

The Chairman said, the NSIRS had earlier served  all the banks in the state notice of  intent about two months ago, adding that, Diamond and FCMB banks refused to comply thereby compelling the tax institution to use legal means of shutting down the institutions.

“Diamond Bank and FCMB refused to allow our Technical Consultant to go into their cyberspace to download. We served them demand notice, reminder and gave them warning yet received no positive response. So today we decided to seal off all their branches across the state,” He said.

Okposhi appealed to customers of the two banks to exercise patience over the shutting down of the banks as according to him, the action was necessitated to get adequate information on tax returns of customers.

However, efforts by Tribune Online to speak to the management of the two banks proved abortive as they declined to make any comment.

Why citizens may not feel impact of economic growth ―NBS