Capital Market
By By Kehinde Akinseinde-Jayeoba -Lagos On Jan 15, 2018 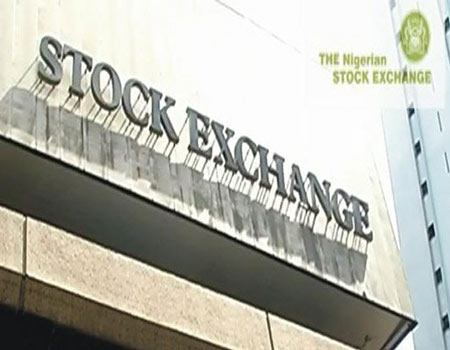 The Nigerian equities market over the week made giant strides, as the Nigerian Stock Exchange All-Share Index (NSE ASI) and Market Capitalisation appreciated by 10.21 per cent and 10.95 per cent to close the week at 42,898.90 and N15.368 trillion respectively, as against 38,923.26 and N13.851 recorded in the preceding week.

According to reports from the Nigerian Bourse for the five-day trade, all sectoral indices finished higher during the week with the exception of the NSE ASeM Index that closed flat.

Specifically, the equities market for the week under review made remarkable strides as new records were set during Thursday’s trading session for both NSE ASI and market capitalisation at 43,041.54 points and N14.97 billion respectively. The trading sessions all treaded along a positive lane with 238bps, 129bps, 360bps and 293bps respectively save for Friday, being the last trading day of the week, the equities market dropped by 33bps on profit taking.

As forewarned by analysts, the composite ASI turned red close to the end of trading session for the day as the indexes bowed to profit taking pressure, which turned to panic selling.

The market opened green and stayed so all through the morning session into the afternoon within which time it attained an intra-day high of 43,670.57, representing about 500 points gain above its opening  level of 43,041.54bp.

The industrial sector lead the index performance chart with an index change of 12.98 per cent (w-o-w) to outperform the banking sector at 12.88 per cent (w-o-w), as large capitalised stocks in both sectors were mostly responsible for the huge positive performance in the week under review.

Analysts at APT Securities, however, expect this mood to continue in the next trading week as there is still more room for an upturn though seeing a minimal drop to accommodate speculators on profit taking .