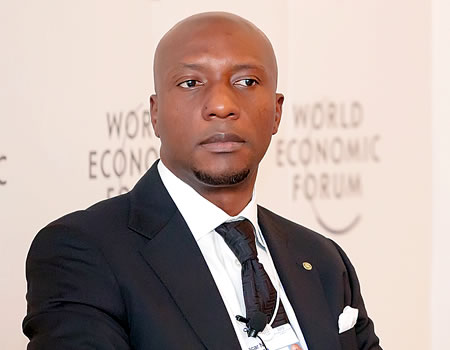 The Nigerian Stock Exchange (NSE) listed the 33.864 billion ordinary shares of 50 kobo each  BUA Cement Plc at N35 per share, thus becoming the third largest company on the NSE.

The debut listing of the cement company shares on Thursday has added N1.18 trillion to the capitalisation of the exchange.

At a closing ceremony to commemorate the listing, Mr Oscar Onyema, Chief Executive Officer, NSE,  said the listing was significant as it marked the first in the year while noting that it is another opportunity for investors to have access to a company with a good track record.

Onyema revealed that the company, presently listed on the main board of the Exchange, has plans to move to the  Premium Board of the NSE in a very short period of time.

Commenting, the Managing Director/CEO of BUA Cement Plc, Yusuf Binji said it was a major fulfilment for the group to have its shares listed after a merger of two companies that control significant markets in Southern and Northern parts of the country.

According to Binji, the listing of BUA followed the merger of Cement Company of Northern Nigeria (CCNN)Plc and Obu Cement Company Limited.  He explained that while CCNN was the listed company before now, its merger with Obu Cement, both of members of the BUA Group, gave birth to BUA Cement Plc, an enlarged firm, with a total installed capacity of 8.0 metric tonnes per annum(mtpa).

He said with the listing the shareholders should expect better returns because the company will be one the top best dividend paying company, adding that its installed capacity would be increased to 11 mtpa.

Binji said in addition to meeting the demand from customers in our core regions in the country, the enlarged company would be positioned to distribute its products in new geographical markets, creating the potential for additional shareholder value creation.

“The merger of the two companies to become BUA Cement would provide opportunities for significant cost savings and improved operational efficiencies by streamlining operations and optimising the use of combined resources. It has also provided a platform where the enlarged company benefits from economies of scale in procurement, distribution and manufacturing of the products offered to our customers. We expect the benefits accruing from greater economies of scale to accrue too many stakeholders,” he said

South West govs give clarifications as Amotekun is launched