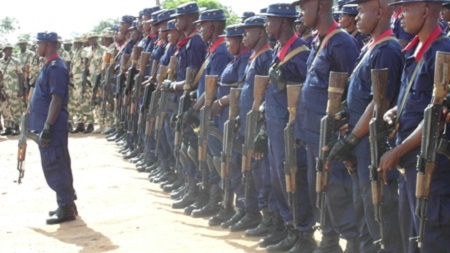 THE Lagos State Command of the Nigeria Security and Civil Defence Corps (NSCDC) has rescued four girls that were meant to be trafficked to Mali.

According to the News Agency of Nigeria (NAN), the state commandant of NSCDC, Mr Cyprian Otoibhi, while briefing newsmen on Thursday in Lagos, said the victims were rescued on January 15, at 9:20 p.m. at Iyana Ipaja.

He said: “Omowunmi, who was allegedly involved in prostitution in Mali, returned home in 2017 and began sourcing for those to be trafficked to the West African country.”

Police rescue 27 children from orphanage operated by professor in Kano