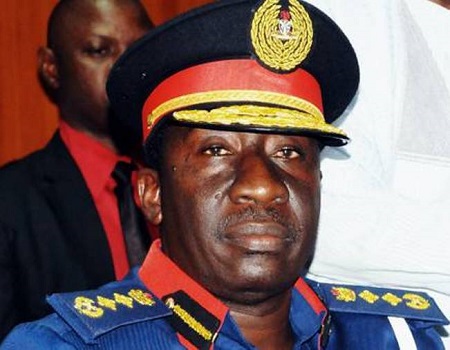 The Nigeria Security and Civil Defence Corps (NSCDC) on Thursday created a Citizens’ Integrity Unit across its formations to prosecute anyone culpable of sexual violence in the nation.

The Commandant General, Abdullahi Gana Muhammadu said this at the management meeting held in his office in Abuja.

Gana said the citizens’ integrity unit of the Corps was set up due to the predominant rate of rape and Citizens’ behaviour in the society.

He said that the unit was also to bring justice closer to the doorsteps of Nigerians faced with such violence.

According to the Minister of Interior Ogbeni Rauf Aregbesola, who mandated the Corps to establish the Unit; promoting citizens’ integrity has a bearing on efficiency, high ethical and moral conduct, responsiveness, commitment, patriotism, compliance with rules and regulations and pro-activeness in the discharge of our duties.

“Promoting citizenship integrity also means treating them with dignity and respecting their essential humanity. The countries that respect, enhance and promote the integrity and dignity of their citizens have the most loyal and proud citizens and are the leading nations of the world,” Gana stated.

The Commandant General appointed Assistant Commandant General Augustine Obiekwe as the head of the newly created Unit. The unit is said to comprise the staff from the Legal Unit with inclusion of women among the committee members.

According to him, a  black book shall be opened for anybody that committed any form of crime against humanity in society.

He said that most perpetrators of the crime had succeeded in sending most women and girls to emotional and psychological torments by their actions.

Therefore, the Corps will no longer spare or hesitate to prosecute anyone found culpable to serve as a deterrent to other perpetrators, he said.

The CG said the unit would also sensitize the public on the urgent need for the populace and victims of violence ‎to break the culture of silence and contact the Corps when the need arises.

He said the Corps was willing to partner the civil populace, organisations and those who had been victims in the past to rid the society of violence.

According to him, the Corps passion to fight misbehavior of Citizens, in order to have a peaceful society.

In his acceptance speech, ACG Obiekwe appreciates the management for the confidence reposed in him. As a lawyer, I understand what integrity of Citizens is all about, we shall do everything in our capacity to end rape in Nigeria; he said.

NSCDC to train 3,000 teachers on security, safety skills in Ogun