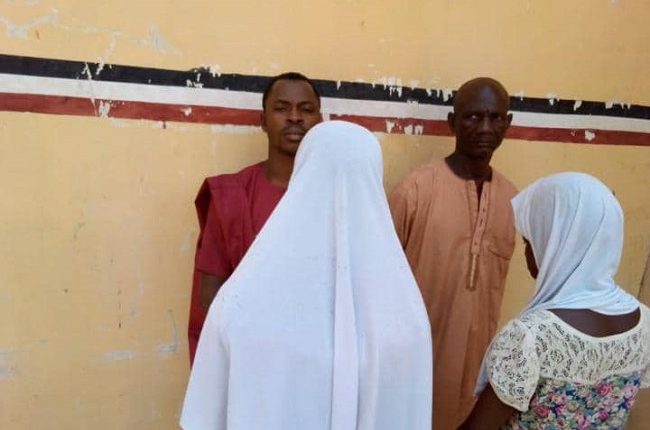 Kwara State Command of the Nigeria Security and Civil Defence Corps (NSCDC) has arrested a 53 year-old block moulder, Michael Adebayo, for allegedly having canal knowledge of a 14 year-old Abdul Fatai Hajarat, said to be a daughter of his close friend in the neighborhood.

This was contained in a release signed by the spokesman of the NSCDC in the State.

In a statement by the state public relations officer of the command, Babawale Afolabi, in Ilorin, on Tuesday, the suspect committed the offence in his shop located at Ori Oke, Elekoyangan area of the state capital.

Hajarat was said to be hawking puff-puff and used to carry the food item to the shop of Michael from where he allegedly lured her with N200.

“According to the suspect in his confessional statement, the girl used to hawk puff puff which she usually bring to his shop and he took advantage of her naivety to lure her with N200. He also confessed to have done this on few occasions,” he said.

In a related development, the Corps also paraded one Tajudeen Hammed, 31, a phone engineer who was equally accused of forcefully sleeping with a 16 year- old Isiaka Hawau.

“In the meantime the two rape cases have been transferred to the intelligence and investigations department for full scale investigations after which the suspects will be charged to court,” he said.

Verdict: The claim is false. The content of the article published by these online platforms is not new; it has been recirculated several times and has been debunked.NSCDC arrests two for raping close friend’s 14-year-old daughter