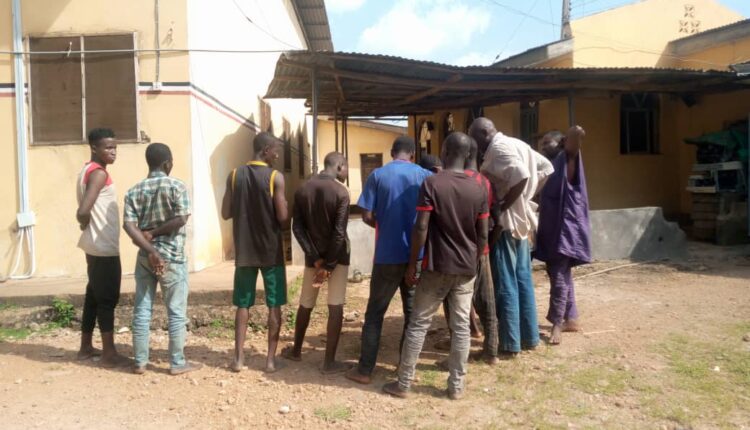 The suspects were arrested at about 2:00 am on Monday.

According to the public relations officer of the NSCDC, Ayeni Olasunkanmi, the suspects were arrested with three big trucks fully loaded with raw materials suspected to be Lithium, illegally mined at Patigi.

“The suspects were intercepted by our men at Share in Ifelodun LGA, Kwara State, on their way to Ogun State. The command is working hard with other relevant agencies to curtail the activities of illegal miners within the state.

“Apart from the pact between the federal ministry of Mines and steel to help fight this menace, Governor Abdulrahman Abdulrazaq has also ordered the NSCDC Kwara Command, to safe the state from illegal Mining activities.

The state commandant, Muhammed Tukur Ibrahim, who spoke through the command’s PRO, sent a note of warning to all illegal miners to either follow the due process if they want to do the business or leave the state in their own interest, “because the command will not hesitate to bring anyone that engage in illegal mining to book.”

Lagos PDP To Wike: Jandor Will Defeat Sanwo-Olu In 2023

Insecurity: CCTV must be installed in all public premises ― FCTA

Strategy in place to deal with insecurity in South East ― NSCDC