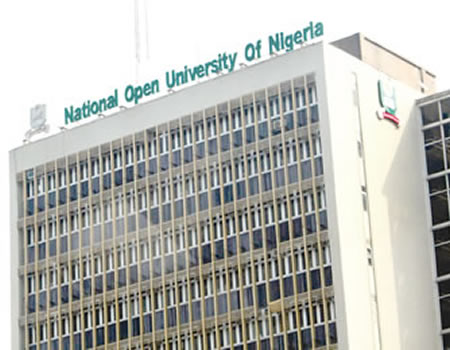 The National Open University of Nigeria (NOUN) will resume academic activities on Monday.

The institution resumes academic activities following the recent decision of the Federal Government on re-opening of all academic institutions since the relapse of the coronavirus pandemic.

The university had suspended all academic activities since March 20, 2020 following the outbreak of coronavirus in the country.

NOUN director of media and publicity, Mr Ibrahim Sheme, said in a press release that the university management has directed all members of staff to resume duty on Monday.

According to him, the university registrar, Mr Felix Edoka, also advised the staffers to strictly abide by all COVID-19 safety protocols while at work, saying any breach would not be tolerated.

He also informed all deans, directors and heads of unit to ensure compliance with both the resumption and the safety measures.

“It is noteworthy that NOUN students were able to continue with their studies from home during the six-month lockdown, the university being an Open and Distance Learning (ODL) institution which requires no classroom attendance,” the release stated.