Nothing to cheer, as Nigeria releases Q2 2020 GDP growth rate 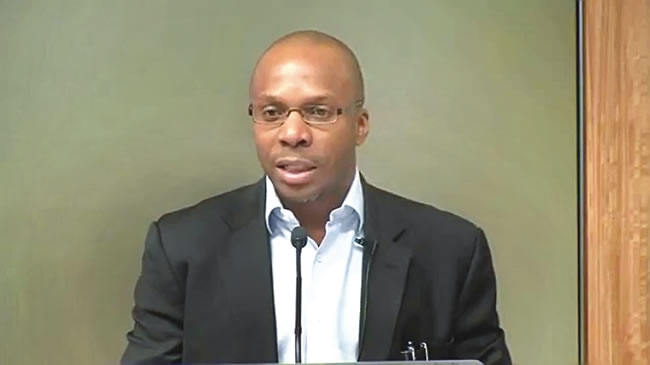 As Nigeria makes public its second quarter (Q2) 2020 Gross Domestic Product (GDP), there are indications that less than four years after the country exited a recession, the extended COVID-19 pandemic may have pulled the veil off the country’s fragile economy and set the tone for another recession.

Although, stakeholders are expectant of Nigeria’s Q2 GDP numbers from the National Bureau of Statistics today, August 24 2020, a herd of economists and analysts after considering some shocking economic and social statistics have reached a consensus that there is nothing to cheer as the economy obviously heads for another recession, similar to that of 2016 when growth shrank by over 1.5 per cent.

Recession, characterised by a fall in GDP for two successive quarters, is a period of significant decline in activities across the economy- low industrial production and manufacturing, high inflation, rising unemployment, falling purchasing power, low fiscal spending, as well as poor consumer spending, among others.

With Nigeria’s misery index, which is unemployment (27.1 per cent) + underemployment (28.6 per cent) + inflation (12.56 per cent), at 68.26 per cent, making the country the sixth most miserable country in the world, the analysts believe that productivity in the economy remains a drag on growth.

The sharp moderation in the size of people in employment and in full-time employment raise concerns about growth prospects, especially as labour productivity growth is poor.

The disappointing Q2 GDP growth outlook has already been confirmed by the Minister of Finance, Budget and National Planning, Mrs  Zainab Ahmed, who recently spoke at a House of Representatives session on the 2021-2023 Medium Term Expenditure Framework and Fiscal Strategy Paper in Abuja.

According to her, recession would happen unless Nigeria achieves a very strong third quarter 2020 economic performance.

“Nigeria’s Q2 GDP growth is, in all likelihood, negative and unless we achieve a very strong Q3 2020 economic performance, the economy is likely to relapse into a second recession in four years,” she said.

Similarly, the Minister of State for Budget and National Planning, Clem Agba, also warned against imminent recession on Thursday during his presentation at the same Senate Joint Committee on Finance and Economic Planning on the 2021-2023 Medium-Term Expenditure Framework and Fiscal Strategy Paper.

He said Nigeria’s Q2 GDP growth is likely to be negative, warning that the economy is likely to go into a second recession in four years with significant adverse consequences.

The nation’s economy, like most economies around the globe, according to the Chief Executive Officer of Cowry Asset Management Limited, Johnson Chukwu, might not escape sliding into recession this year in spite of measures that the Central Bank of Nigeria (CBN) and the fiscal authorities are taking to moderate the depth of the situation.

“The GDP figures coming out of countries with more robust fundamentals are already indicative of what fragile economies like Nigeria should expect. For instance, Q1 2020 China GDP was a contraction of 6.8 per cent; the Eurozone is expected to contract by about 10 per cent in Q1 2020.

“Although the Nigerian economy has been partially reopened in third quarter, economic activities are yet to fully resume, consumer demand remains very low, inflation is on the increase and unemployment has worsened.

“It is expected that the economic fallout of the pandemic, notably disruptions to global supply chains, lockdowns, travel restrictions, weakening oil prices, foreign exchange liquidity challenges and weak export would manifest in the second-quarter growth numbers, with more pronounced impact on sectors struggling with growth before this crisis.”

Chukwu further noted that the purchasing managers’ Index, which is a proxy to the economic outlook, has been contracting, an indication that the third quarter GDP figure is likely to come out on a negative note.

“With two consecutive quarters of negative economic growth, an economy is said to be in a recession. As we all know, the UK economy is reported to have entered recession and virtually all the countries that have published their Q2 2020 GDP figures reported contraction in economic activities.

“This was most expected as world economy was virtually shut down in the second quarter due to COVID-19. Similarly, expectation is that the Nigerian economy will record contraction in Q2, 2020 when GDP figures are released by the National Bureau of Statistics (NBS) as the economy was on near total lockdown in three months,” he said.

With an expected negative Q2 growth and an unlikely good Q3 2020 performance, the country’s recession fears as already expressed is at play, because repeat of the 2016 era is being experienced across sectors

To mitigate the impact of such economic woe, experts urged government at all levels to increase spending on agriculture, Small and Medium scale Enterprises (SMEs) to boost the sectors’ contribution to the GDP.

“We reiterate that reforms that open sectors to investment and strong economic growth are crucial to creating jobs and slowing the pace of unemployment,” Ike Chioke, Managing Director of Afrinvest (West) Africa Limited and his team suggested.

This according to Ike Chioke and his team of researchers at Afrinvest in a note to clients is the worst performance on record since the reporting of quarterly data began in 2010.

“Interestingly, we discovered that underlying numbers suggest that the labour market is in a worse state than the headline unemployment rate would suggest. We are surprised by the reduction in the size of the labour force by 10.2 million to 80.3 million between Q3:2018 and Q2:2020 as this is the only decline on record,” they said.

Further explanation to this is that a large number of people of employment age were not interested in working. The decline was mainly driven by the reduction in the number of male persons available to work by 16.3 per cent to 41.7 million while labour force population in the rural area was down 19.1 per cent to 51.8 million.

A member of the Monetary Policy Committee (MPC) of the Central Bank of Nigeria, Adamu, Edward Lametek also lent his voice on the grim picture of the GDP figures.

In his personal statement after the 274th meeting of the MPC, Lametek expressed concern that at the end of Q2 2020, several economies were already in the contractionary phase of the business cycle.

According to him, “the situation is clearly expressed by the outturn of key indices of domestic economic activity in the second quarter of 2020. Manufacturing and non-Manufacturing Purchasing Manager’s Indices (PMIs) stood at 41.1 and 35.7 index points in June 2020, respectively, indicating contraction in both cases. In fact, most analysts believe that the economy contracted in Q2 2020.”

There are, nevertheless, reasons to expect improvement in the second half of the year Lametek stated. First, as from July, we expect the impact of the economic stimulus by the Federal Government and the CBN to start showing – in fact, the Bank’s in-house business outlook survey has so suggested. Second, after hitting the floor during the lockdown, economic activity could pick-up much faster than currently estimated to compensate for loses in Q2, particularly as credit to the real sector continues to grow.

Uche Uwaleke, a professor of Capital Market at Nasarawa State University, Keffi, said Nigeria would likely slip into recession by third quarter due to the impact of the pandemic.

He suggested increase in the size of the interventions against the backdrop of complaints by many SMEs of inability to access the funds. Uwaleke also urged the Federal Government to consider request for debt relief to reduce the huge amount spent on debt servicing in the country.

The World Bank had already warned that Nigeria’s next recession could be the worst experience in almost 40 years, while the International Monetary Fund (IMF) urged Nigeria to slow down on its aggressive tax drive due to the impact of the COVID-19 on businesses and households.

The Bank predicted that there would be 95.7 million Nigerians living below the poverty line by 2022, aggravated by the effects of the virus.

The danger in anger