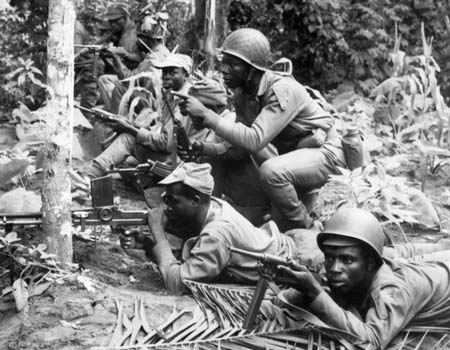 The Coalition of Northern Youths have given three months quit notice to all Igbos residing in the North to leave the region.

This was even as it urged all Northerners living in the south-eastern states to leave the region and return to their respective states.

In a press conference held at Arewa House Kaduna on Tuesday, the representative of the coalition, Alhaji Abdulaziz Suleiman of the Northern Emancipation Network said all Northern civil society and pressure groups are by this declaration mandated to mobilize for sustained and coordinated campaigns at their respective states.

They should mount pressure on Government Houses, State Houses of Assembly, Local Government Council secretariats and traditional palaces for steps to be taken to ensure enforcement of the directives.

“We are hereby placing the Nigerian authorities and the entire nation on notice, that as from the 1st October, 2017, we shall commence the implementation of visible actions to prove to the whole world that we are no longer part of any federal union that should do with the Igbos.”

“From that date, effective, peaceful and safe mop-up of all the remnants of the stubborn Igbos that neglect to heed this quit notice shall commence to finally eject them from every part of the North.”

“And finally, all authorities, individuals or groups are hereby advised against attempting to undermine this declaration by insisting on this union with the Igbos who have thus far proved to be an unnecessary baggage carried too far and for too long.”

The intercepted arms in Lagos

We do not engage in pipeline vandalism, IPOB replies Buhari