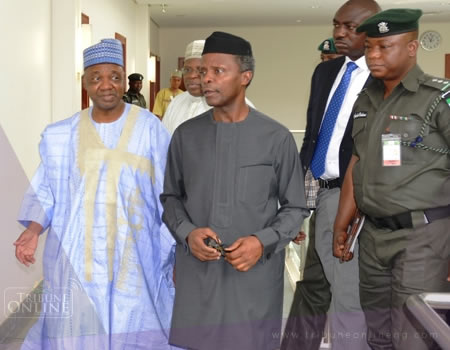 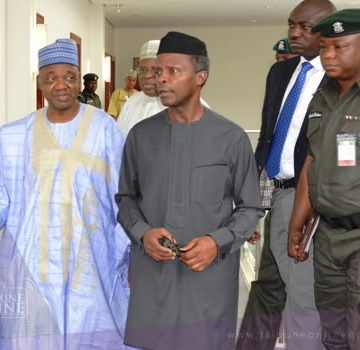 THE meeting between acting President Yemi Osinbajo and northern traditional rulers scheduled to hold on Monday did not materialise as a result of an oversight in the invitation of participants.

It was gathered that the meeting which was scheduled to take place at 4pm inside the old Banquet Hall of the Presidential Villa, Abuja had to be called off with the realisation that only Muslim traditional rulers led by Sultan of Sokoto, Alhaji Abubakar Sa’ad III were invited.

It has now been rescheduled for Tuesday at 3pm to enable the oversight be rectified.

The north has prominent first class non-Muslim rulers who should have been invited but did not receive invitation.

The postponement is ostensibly to enable necessary arrangements to be made to get other relevant northern royal fathers to the meeting.

All arrangements had been made for the take-off of the meeting before it was postponed with some of the invited guests already at the venue.

However, a private breaking of fast meeting (iftar) was scheduled for 6pm with 10 northern traditional rulers invited to participate.

The postponed meeting is part of the ongoing consultations initiated by Osinbajo to douse ethnic tensions arising from the agitations by the Indigenous Peoples of Biafra (IPOB) and the response by northern youth groups who gave a quit notice to Igbos living in the north.

He has already met with leaders of thought from both the north and south east as well as traditional rulers from the south east.

When contacted, the Senior Special Assistant to the President on media and publicity, Laolu Akande, said a representation of both Muslims and Christian northern traditional rulers were invited.

He said: “The meeting today is going on but it will be an Iftar dinner meeting. Tomorrow AgP will meet with traditional rulers from the North

“And a representation of Northern traditional rulers both Muslims and Christians have been duly invited.”