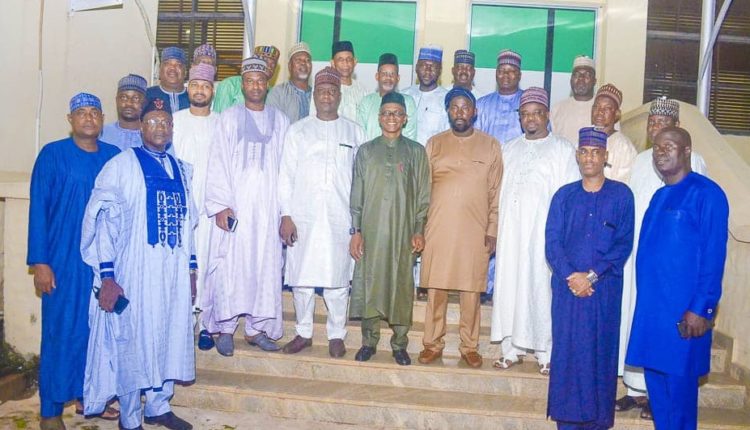 Northern Speakers Forum (NSF) has decried the spate of insecurity in the country particularly in the Northern part of Nigeria, acknowledging the constraint and limitations of the State Governors as regards the control of security agencies in the country.

The Forum, therefore, called on all the Governors in Northern Nigeria to eschew differences among them and unite to fight the menace of different forms of insecurity in the North for peaceful co-existence of the people and the development of the region.

This was contained in a communique issued at the end of its meeting in Kaduna on Tuesday calling on the relevant stakeholders to reconsider their priorities in favour of the security of lives and property of our people.

The Forum also resolved that while the provision of infrastructural facilities and other developmental projects are equally important, wants budget preparation to skew in favour of the security of lives and property, being the basis for any government.

The Forum further called on all the relevant stakeholders in the country to use the instrumentality of the ongoing Review of the 1999 Constitution of the Federal Republic of Nigeria to provide for community policing for better security of life and property of the citizens.

The Forum also called for intensive prayers to seek divine intervention as a measure for addressing the security situation in the region stressing that security experts and professionals should be engaged to train vigilantes and other local security groups to effectively complement the efforts of the Nigeria Police Force and other security agencies in the country.

The Forum called for more synergy between Nigerian Armed Forces, Nigeria Police Force and other security agencies to evaluate efficacy.

The Forum advocated for more empowerment schemes that will ultimately engage the youths and take them off the streets thereby enhancing the security of life and property of the people in the region;

The Forum also called for collaboration and partnership with public and private organizations to bring back our moribund industries to life.

The Forum commended the Executive Governor, Kebbi State, Senator Atiku Bagudu and the Security agencies in Kebbi State for their swift actions that resulted in securing the release of some kidnapped students and staff of the Federal Government College, Birnin Yauri, Kebbi State.

The Forum called on the Federal Government to re-enforce the battle against insecurity by recruiting more personnel into the Nigerian Armed Forces and Nigeria Police Force as contained in the communique signed by
Rt Hon Abubakar Y Suleiman, Chairman, Rt Hon Saleh S Yi and Rt Hon (Dr) P M Mackonde as Members of the drafting committee.

It then commended and appreciated the efforts of the Chairman, Northern Speakers’ Forum, Rt Hon Yusuf Ibrahim Zailani for initiating and hosting the meeting to address the menace of insecurity problems in the region.