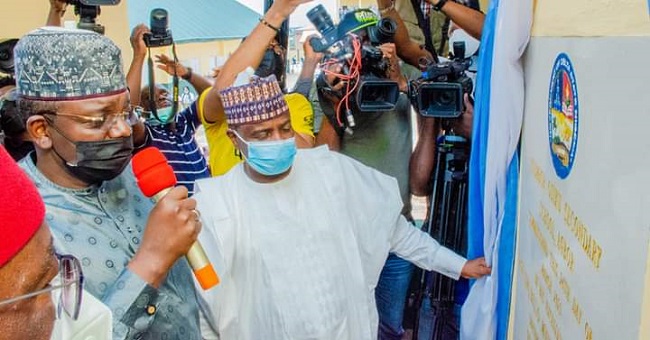 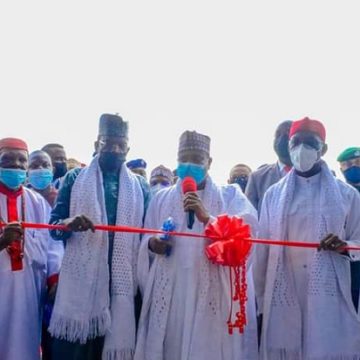 Sokoto State Governor, Aminu Waziri Tambuwal, has disclosed that governors in the Northern part of the country are currently seeking a constitutional role for traditional rulers in the region.

He said the Northern States Governors Forum (NSGF) is working on an initiative to solicit for a constitutional amendment that will prescribe a role for the traditional institution in the country.

A statement signed by the special adviser on media and publicity to Governor, Muhammad Bello, said Tambuwal stated this, on Wednesday, in Asaba, Delta State capital when he commissioned the secretariat of the Delta State Traditional Rulers Council built by the state government to provide office accommodations for traditional rulers there.

According to the statement, “Gov Tambuwal who was in the state along with his Zamfara counterpart, who also commissioned other projects executed by Gov Ifeanyi Okowa, said: “We place a high premium on this institution and we believe that we must do everything humanly possible not only to preserve the traditional institution in Nigeria but to give it its rightful place.”

He explained that as governors “we have tremendous respect for the traditional institution in Nigeria. Governors and even the President derive and drink from your counsel, knowledge and experience.

“We must, as your son’s and daughters accord you that position or that glory, which is diminishing should be brought back.

“It is on this premise that we at the Northern States Governors Forum (NSGF) have agreed to initiate a process and support a constitutional amendment that will give traditional rulers a place of pride in running the affairs of the Federal Republic of Nigeria,” he said

He sought the support and cooperation of the monarchs and the respective state Houses of Assembly in order to realize this initiative “so that we can reestablish and re-enact a position of priority to our traditional authority so that they can continue to serve our people.”

He applauded their role this far, emphasizing that “they have done exceedingly well collectively and severally in advising us matters of development and recently on the challenges of insecurity.”

“We rely heavily on your resourcefulness,” he noted.

In the penultimate week, (March 7 – 13), there were 2,300 cases, a reduction when compared to the 2,817 recorded in the previous week’s (February 28 – March 6)…Northern govs seeking constitutional role for traditional leaders ― Tambuwal