Northern Christians calls for the immediate release of Leah Sharibu 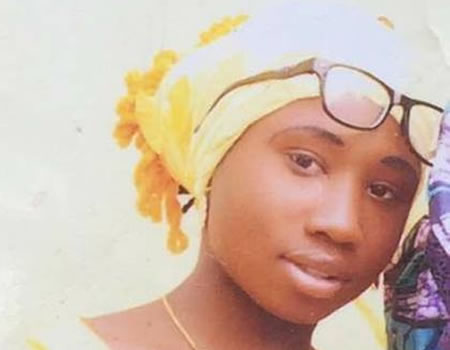 THE Congress of Northern Nigeria Christians (CNNC) 19 states and Abuja has called for the immediate release of Leah Sharibu the only remaining Christian Dapchi school girl still under the custody of Boko Haram.

Speaking in a news conference in Kaduna at the Nigeria Union of Journalists secretariat on Monday, the Public Relations Officer of the congress, Larry Yammai remarked that the congress is still saddened that Leah is still being held by the insurgents.

‘While, we rejoice that almost all the girls have been released, we are heavily saddened that our daughter, Miss Leah Sharibu is been held because of her faith.

To this end, CNNC strongly condemns this evil tendency and urges Mr President to as a matter of urgency to intervene for the immediate release of this young.

According to him, ‘CNNC is not a political party and is not a front for any political party nor contest elections at any level but amongst other objectives, seeks to create awareness through advocacy amongst Northern Nigeria Christians and to speak for them over issues that affect their lives and faith.

On the herdsmen killings ,the Congress frown at the way the killings were happening continuously almost on a daily basis across the Middle Belt region and parts of some Southern States of this Country, using very deadly weapons such as AKA7, with a high level of impunity.

‘This noxious issue has created some pertinent concern: It would appear as if a particular group of people are deliberately targeted for destruction. The consistency with which this occurs raises question in the minds of many objective observers.

ALSO READ:Will the Church stand up for Liya Sharibu?

‘Cattle business is a personal one and so owners of those sinesses should take the options of ranching, paying for
the lands to be used just like people interested in farming buy lands to farm.

‘CNNC abhors the thought of “cattle colonies” as being suggested in some quarters.

According to him, while the Congress commends and appreciates the recent visits of Mr.President to the affected States in which killings were prevalent, the visit is bound to have a salutary effect on the people who have been devastated by the wanton killings that was visited on them.

However the Congress pleads with Mr. President to be practically humane on this matter by what he saw during the short visit and stop this inhumane activities.

‘The sources of the deadly weapons should be checked with the aim of arresting those concerned. The security should confiscate all the weapons and the possessors arrested and persecuted.

Leah Sharibu: FG assurance means nothing to us again, we depend on God — ECWA…