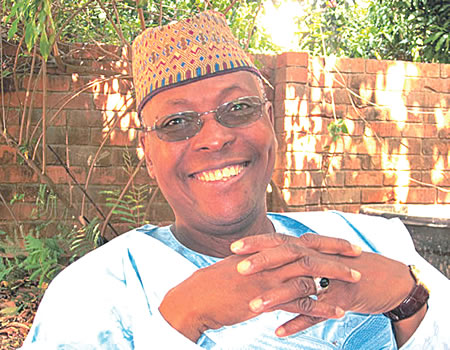 Dr Junaid Muhammad, a frontline Northern politician, warns Igbo to read the effects of the Civil War from history, adding that the North is not afraid of war, in this interview with KOLA OYELERE.

WHAT do you make of the ultimatum issued to Igbo living in the North?

Frankly speaking, I am not in a position to comment or pass value judgment on the claims on the pronouncement on the ultimatum issued by certain youths from the North because I have not read nor heard the full details and the reasons behind the ultimatum issued to Igbo to leave the North. Secondly, I also believed that what happened in Kaduna in the pronouncement by the Northern youths was a reflection of the frustrations facing most Nigerians, particularly the youths, as a result of policies, incompetence, corruption and the nepotism of the President Muhammadu Buhari administration.

Some of these youths and I are equally not happy with the kind of attitude and behaviour of the Igbo through IPOB which, to us, is not a pure Nnamdi Kanu phenomenon. It is an Igbo elite phenomenon. They are behind this body and they are the ones financing and sponsoring them. The South-East leaders have the impression that through blackmailing and intimidation of all Nigerians, and other negative moves, they can achieve political domination over other Nigerians. As far back as 1940, late Chief Mbano Ugwe said then that Igbo domination of Nigeria was a matter of time.

Though they have done it in the past, they did not succeed. They capitalised on the military and civilian leadership positions and staged a coup in 1960 January. It was evidently clear then to Nigerians and international community that their action was purely a tribal coup and to most of the right-thinking people, it naturally invited a counter coup which later plunged the country into a Civil War.

It was pathetic and saddening that millions of people lost their lives to the war which apparently consumed innocent Igbo women and children in particular. Now, if the Igbo are very lousy students of history and therefore imagine that what failed in 1966 can be ventured into now through IPOB of Nnamdi Kanu or Ohanaeze group, they are welcome.

I am not certainly out to condemn what the youths in Kaduna said, but I want to assure those who are looking for trouble in whatever camps that the negative effects of it will not be confined to the camp of perceived enemies, but will affect all Nigerians, most especially innocent women and children.

However, I do not believe this country can go on like this because this government offers no hope, no succour at all. It is a government that is just marking time and wasting of our time. This government threw the country into a massive recession, deepest and most profound in the history of the country. The security situation is badly being tackled in the North East. I scored them 60 per cent, but when you look at the economy and also at the fight against corruption at best you can score the administration 50 per cent on corruption.

With the claim of marginalisation by the Igbo, don’t you think they have legitimate right to demand more from the country?

Every Nigerian has the right to demand more from the country and those in power. However, what is happening is that quite a number of people today are in such a bad economic situation that they are beginning to wonder whether the existence of Nigeria is worth it.

As of today, Buhari has not instituted a major project in the entire North, but we know what has happened in the East and other parts: the Second Niger Bridge is ongoing, where billions of naira are being spent. What of the Lagos -Ibadan express road costing billions of naira and a rail line from Lagos-Calabar. What is the major project embarked upon by Buhari in the North? I stand to be challenged.

All these are efforts by the current government are to woo the Igbo into mainstream of governance. But unknown to Buhari, the Igbo are not interested in the mainstream but to be the one to govern.

Therefore, if every zone, region or tribe is now saying because it is being marginalised the country should not exist, who will advocate for the country as an entity? I have not seen this government doing so, because Buhari is so incompetent. He is not in power because his government is being controlled by a cabal.

If the Igbo, in spite of being well represented in the current government, want to trigger a civil war or break the country for whatever reasons, they can go ahead and do so. But they should be equally reminded that the countries do not break up peacefully. Yugoslavia and Soviet Union are some of examples of countries which knew what they passed through while breaking up. If the Igbo think they can challenge other people, they should equally rest assured that there will be a counter challenge from others.

What will be the next line of action should the Igbo issue same ultimatum to northerners in the East?

How many Northerners are in the entire South East? Do you know the number?

I am not saying that the threat issued by youths in Kaduna is correct. What I am saying is that there has been a gap which not being filled by the government and this was what the Igbo agitators are now capitalising upon to blackmail the rest of the country.

What is the  way out?

There had been discussion right from the beginning of British rule to the end of end of 1914. I participated in the last national conference organised by former President Goodlluck Jonathan and the outcome was a flaw. What the then government did not get during the sitting of the delegates to the conference, they resorted to cooking them in the outcome of the conference bill and they are now calling it a restructured bill for the country to adopt and accept.

Why I allowed Falz to follow his dream—Femi Falana