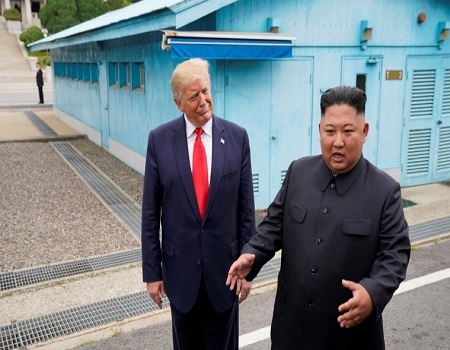 North Korea will not offer anything for US President Donald Trump to brag about without receiving anything in return, a statement on its state news agency KCNA said on Monday.

North Korea was not interested in a summit that was “useless to itself”, said the statement, under the name of Foreign Ministry adviser Kim Kye Gwan, referring to Trump’s message on Sunday to North Korean leader Kim Jong Un on Twitter.

“If the US does not really want to let go of its dialogue with us, it should make a decision to withdraw its hostile policy of viewing us as an enemy,” the KCNA statement said.