Entertainment
By Tribune Online On Oct 3, 2019 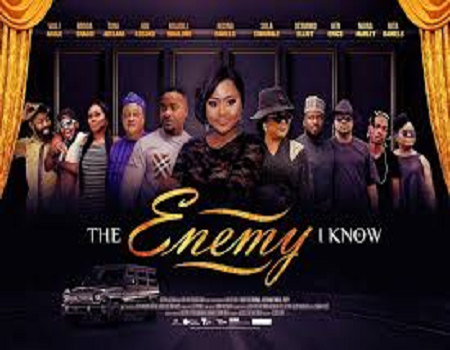 A star-studded Nollywood blockbuster ‘The Enemy I know’ , featuring Sola Sobowale, Jide Kosoko, is set to hit cinemas on Oct. 11 across Nigeria.

News Agency of Nigeria (NAN) reports that Rita Daniels, producer of the film, stated this at the Media Review of the movie on Thursday in Abuja.

She said the movie was directed by Ozoemana Nwakile with Ken Erics, Regina Daniels, Ninalowo Bolanle and Tana Adelena among others as cast.

ALSO READ: How my experience in Hollywood shaped my act as a filmmaker —Dolly Nwaduba

Other stars featured in the movie are Woli Arole, Broda Shaggi, with singer Naira Marley on special appearances in the movie.

The producer said, ‘The Enemy I know’ seeks to advocate gender equality and a place for the girl-child, whether in family, leadership, and society at large.

“It is a call to know that everybody, irrespective of gender, should be given a chance,” she said.

The movie was shot at various locations in the Federal Capital Territory (FCT) and would be presented for the world premiere on Oct.