Entertainment
By Tribune Online On Oct 30, 2019 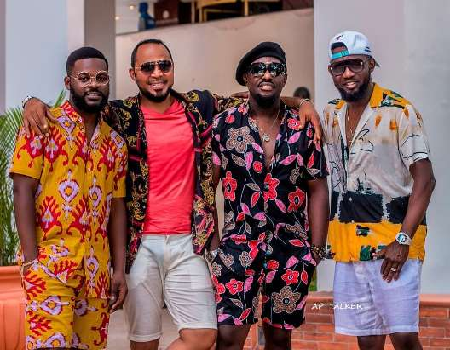 The sequel to star-studded Nollywood blockbuster movie ‘Merry Men 2′ set to hit cinemas on Dec. 20, its producers have said.

The News Agency of Nigeria (NAN) reports that after a series of teasers, its producer, Ayo Makun(AY), best known for his renowned hit ‘30 Days in Atlanta’, released the official trailer of the anticipated ‘Merry Men 2’.

For the sequel, AY, Falz, Ramsey Nouah, and Jim Iyke return as the Merry Men, and Williams Uchemba joins them as the fifth Merry Man.

The 20-year-old actress is spotted in a scene ‘dealing’ with Jim Iyke, Ramsey Nouah, Williams Uchemba, and AY.

The group, dubbed ‘The Yoruba Demons’, are known for their thriving businesses, palatial homes, fast cars and penchant for beautiful women.

NAN reports that the Merry Men 1 was a cinema hit which premiered in September, 2018.