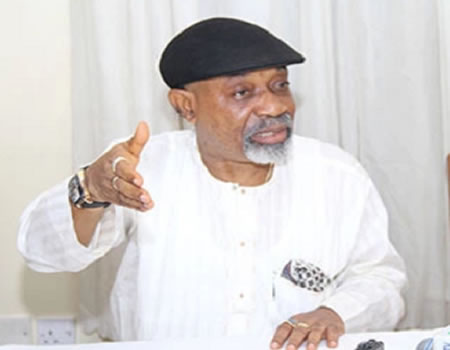 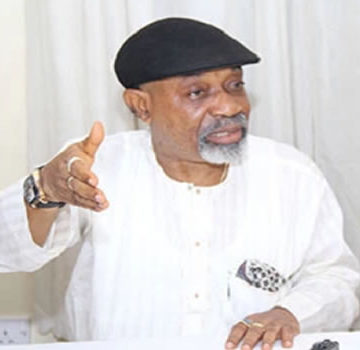 THE Federal Government on Friday said it did not originate the “No work, no pay” rule which it now seeks to put into effect.

Minister of Labour and Employment, Dr. Chris Ngige, who made this declaration in a chat with State House correspondents on Friday, reminded critics of government over last week’s move to give it a bite that it was enacted by the President Olusegun Obasanjo.

He said however that the law is meant to protect both the employer and the employee.

Ngige posited that organized Labour’s opposition to the idea was based on misunderstanding of the issue, as according to him, they did not read the draft white paper.

He said the final draft was approved, all elements which undesirable were removed, citing the instance of the provision that wanted to bar non-elected Labour leaders from the negotiation committees.

The minister also disclosed that the Economic Management Team (EMT) will on Monday meet with stakeholders including state governors over new minimum wage.

He maintained that no final decision has been taken by the government on the minimum wage.

The minister added: “There is no position now. The Economic Management Team will meet on Monday and governors are supposed to come too so that the Federal government will brief them on what is on ground and then we will see what they are able to say to us because there are three tiers on the government side, the federal, state and local governments. Thus, the invitation being extended to them to come.

“So we believe we have a very useful discussion with them. After that, the tripartite committee will submit its report to government. ”

He however said government is discussing with labour leaders, in order to avoid the threatened impending strike scheduled to commence November 6 if government fails to meet labour’s demand for N30,000 new minimum wage.