No woman should die of cervical cancer —Oyo govt 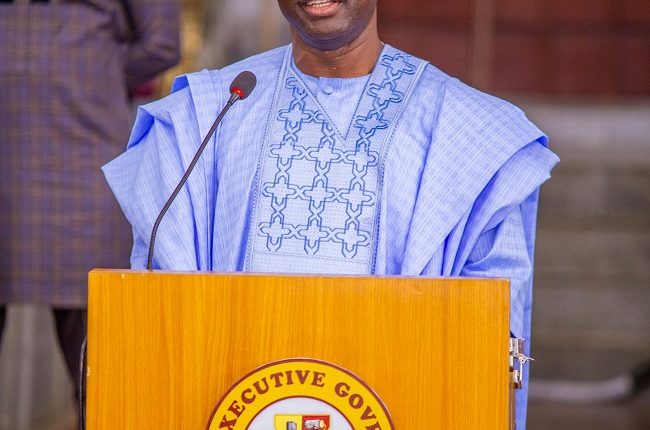 THE Oyo State government says no woman should die of cervical cancer if it is picked up early at its Ring Road state hospital and Adeoyo maternity hospital equipped with facilities for the detection of breast and cervical cancers.

Dr Funmi Salami, the Special Adviser to Governor Seyi Makinde on health, spoke at the screening exercise for over 1000 women for breast and cervical cancer in commemorating the 2021 world cancer day in Ibadan by the health ministry in collaboration with the Oyo State Coalition Against Cancer.

The medical expert said that the treatment of cervical cancer when it is detected early is relatively inexpensive and can save life and as such the state government’s provision of cancer screening to ensure access by all women.

Chairperson, Coalition Against Cancer in Oyo State, Dr. Omolara Olusola-Taiwo stated that the screening of women for breast and cervical cancer was to prevent more women from dying.

According to her, “cases are on the rise because the health-seeking behaviour in Africa and Nigeria particularly is very poor. That is why we are here to tell them to examine their breast every month and go for regular cervical cancer screening.”

Oyo State Commissioner for Health, Dr Bashir Bello, said prevention of these cancers was part of the Oyo state government’s focus in preventing maternal and child mortality across the state and creating awareness to ensure women take appropriate actions to remain safe is imporatant.

According to Dr Bello, “collaboration and commitment to act against cancer will lead to powerful progress in reducing the global impact of cancer. Whoever you are, your actions will make lasting positive change in cancer prevention. We need your commitment to creating a cancer-free world.”

Earlier, Dr Olufemi Adesanya, a consultant obstetric and gynaecologist, said that globally in 2020, 300,040 deaths occurred due to cervical cancer, including over 600,000 women getting affected.

Adesanya said strains of human papillomavirus (HPV) are the causative agent for cervical cancer and these germs could also cause other cancers such as oral and penile.