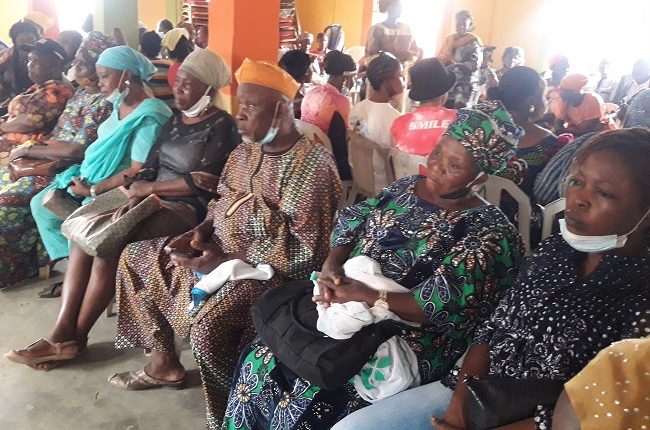 Husbands, as well as male and female adults in Lagos State, have been asked to shun wife battery and any form of child abuse and other domestic violence anywhere across the state.

The Women’s Rights and Health Project (WRAHP), a non-governmental organisation, gave the message at a town hall meeting held with the people of Alimosho Local Government Area of the state, which has the highest population and burden of gender-based violence in the state.

The meeting was a follow-up to the earlier sensitisation workshop on sexual and gender-based violence (SGBV) and held across the six local development council areas in Alimosho with no fewer than 600 participants including community leaders, artisans, market men and women, in attendance.

Speaking at Oke-Odo\ Agbado LCDA meeting held at Meiran, Executive Director of WRAHP, Mrs Bose Ironsi, said no husband nor any other person is permitted by law to beat his wife (wives) or another man’s wife for whatever reason let alone inflict physical injuries on them.

She said even though wife battery cuts across social class and tribes, the act is anti-social, condemnable and unlawful.

While also cautioning against women beating their husbands or denying them food or intimacy just because of quarrel, she said such acts would drive away genuine happiness and fulfilment from homes and other places.

Mrs Ironsi, who spoke through WRAHP’s centre Assistant Officer, Mrs Nneoma Ezuma, also asked participants to always stand up against child abuse or any other form of violence perpetrated against their children and dependents, and any other person around them especially on the basis of their gender.

She listed child labour, child maltreatment, discrimination, rape and other forms of sexual assaults as anti-social and unlawful acts in any sane society across the globe.

She said keeping silent on any SGBV cases would not only encourage perpetrators to do worse but would also encourage others to do the same, adding that both sufferers and families, as well as the larger society, would suffer for it.

She said they need to understand that it is not only their children that have the right to quality education and fair treatment but also their dependants including house helps.

In their remarks, participants said it is now that they are better informed about what constitute SGBV and other socio- misbehaviours that happen now and then and many see them as normal things.

One of them, who is also the Vice-Chairman of Artisan Association, Mrs Adedayo Odebode, told Tribune Online that they would ensure to make use of the knowledge gained in their relationship with others in the society.

In spite of the huge investment in the water sector by the government and international organisations, water scarcity has grown to become a perennial nightmare for residents of Abeokuta, the Ogun State capital. This report x-rays the lives and experiences of residents in getting clean, potable and affordable water amidst the surge of COVID-19 cases in the state.  No to wife battery, child abuse, Lagos residents cautioned