No need to sue for contempt, Lawan has been advised to swear me in —Jarigbe 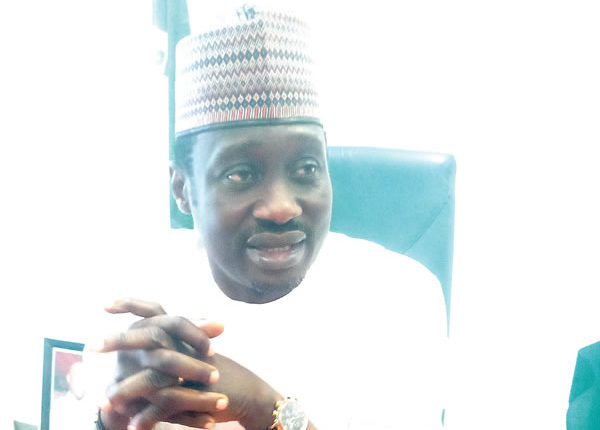 As the rightful owner of the mandate given by the Supreme Court, why is your swearing-in delayed?

The Supreme Court delivered the judgment on25th February but it took us about two weeks to get it signed by the Justice that read the lead judgment. We have communicated thejudgment to the National Assembly through our lawyers. But it took sometimes for its file to get to the Senate President as it only got to him on Thursday. There were a few people down the administrative line that decided to sit on the file for obvious reasons. But we moved in and spoke with the Clerk of the National Assembly with other members of the House, who sought to know why there was this delay. My opponent who has been ousted by the judgment of the Appeal Court and the Supreme Court is still attending plenary. That’s illegal because I have the certificate of return that has been issued to me by INEC long time ago, based on the judgment of the Appeal Court which actually invalidated his Certificate of Return and transmitted it to the National Assembly, but he has been attending plenary.

We thought that with the Supreme Court judgment, there was going to be a resolution of this issue but someone down the line, like I said, sat on the file. So the CNA has taken it upon himself to investigate what went wrong. His Deputy andLegal Director also submitted their inputswhich prompted the CNA to advice the Senate President to swear me in. And I know that he (Senate President) will conform to the judgment of the Supreme Court because the Certificate of Return has been issued to me by INEC which means that the electoral body has implemented the judgment of the Appeal Court and the Supreme Court.

With the Certificate of Return, Iam expected to be sworn in as the Senator-elect for Cross River North. I know that the Senate President is very experienced, while the leadership of the National Assembly is also on top of its game. I have been a parliamentarian for a couple of years and I know how it works here. My opponent is new and he thinks that this thing can be manipulated at this level. As a rookie, you can think that certain things can be done because of the way things are run in the state. Back in Cross River State, there is much impunity; he came here with that mentality and has been attending plenary even when he is no more a Senator. I want the leadership of the Senate to look into this very critically. WhetherI am sworn in immediately or not, if there are other bureaucratic processes to be followed, the man who is attending plenary illegally should be stopped. I know and trust that the Senate leadership will do the needful.

There were two Supreme Court judgments; the first had to do with the issue of delegate list and the PDP party structure in the State which was decided on 6thJanuary this year and confirmed the delegate list that was used in conducting the primary where I emerged. The reports are there. That’s a different matter altogether. The issue he is talking about is not known to law when he said that he was not asked to vacate the Senate. If you weren’t the candidate of a party, how will you emerge as a Senator on the platform of the party? Can you put something on nothing and expect it to stand? We had a litany of pre-election issues. I had a judgment from a trial court and he had judgment from another trial court, but INEC decided to take his own judgment because INEC operates on the principle of latest in time judgment which contradicts the principles of equity.

This is because in law, when there are two equal equities, the first in time prevails. I had my own judgment on 4th November; he had his own on 3rd December. But maybe for administrative convenience, INEC operates on the latest in time. Be that as it may, I appealed against my own judgment, and the Appellate Court upheld the consequential orders granted in my favour by the trial court and specifically stated that I should be accorded all the privileges and rights that are due to the authentic candidate of the party. INEC obeyed and issued me a Certificate of Return the very next day. Stephen Odey appealed the judgment before the Supreme Court. In his appeal notice, the address of service did not carry my name or my address and my lawyers told the court that being an originating summon, the respondent is supposed to serve personally. We then came up with a motion to throw out the appeal based on that fundamental defect which goes to the root of the case. A plethora of cases have been decided in this direction before, a case of Emeka Ihedioha Okorocha is one of this cases and several other cases. And the Supreme Court ruled that he had no case before them because the case of appeal is an originating process and if it is defective, then your appeal is incompetent and they threw it out. So, the subsisting judgment is the judgment of the Appeal Court which prompted INEC to issue me the Certificate of Return, so his explanation of the law is neither here nor there, even a layman understands that judgment. All these vibrations amount to nothing; they are trying to hold on to the straws.

But will you be going back to Court to challenge the delay by the National Assembly leadership with contempt and ask your opponent to refund all the benefits he has enjoyed illegally?

You see I cannot start talking about contempt as I earlier told you. The file only got to the Senate President recently. And there’s no plenary because of the COVID-19 issue so it is not possible to start talking about contempt for now. The Senate is a respected institution and I don’t see its leadership disobeying a court judgment. We are not to interpret the law as legislators. We make laws; the Judiciary interpretswhile the Executive implements. The Judiciary has interpreted the law and the leadership of the Senate will obey the judgment of the Court, so there’s no need for all of that. I know that is where your fears are, but those things would not work. I heard that the Governor of Cross River State said he has moved into Abuja to stop my inauguration. This is not an extension of his state. The National Assembly is an institution and no amount of money in a state can take over it.

We’ve been hearing that the governor who was formerly in the Senate has been using his contact to influence the process. But since this legal tussle started and followed by the Supreme Court ruling, have you had any contact with the Senate President?

I don’t need to have any contact with the Senate President because he is the leader of the National Assembly. As a parliamentarian, I am not a first time member of the House of Representatives. I know him very well and I have his history of performances as a legislator. I know he respects the rule of law and so, I don’t need to go and see him. The governor could be running around with his boy whom he wants to make a senator, but that’s not my problem. I think as a parliamentarian, the leadership will respect the rule of law without fear or favour.

Have you been under any form of threats since the legal tussle started?

There have been several threats. I know they have done a lot. One of my supporters was killed during the primary election in the house of a serving Commissioner. The matter is with the Police. Some of my supporters were shot and one of them is still receiving treatment right now. The animalistic tendency being displayed by the Governor of Cross River State and his people is unparalleled and very brutish in a democracy. In an internal party activity, people are killed because you want to hold on to power? Let me tell you this, all these are happening because the Governor wants to come back to the Senate in 2023 and so, he assumes the position of God. That is the position of things.

But with such level of impunity steering at you in the face despite Court ruling, don’t you think there’s a lacuna in the Electoral Act that needed to be fixed by providing for punitive measure for anyone who fails to vacate the elective position after court ruling?

It is not possible to sit tight when you are sacked. You shouldn’t attend plenary when you are not a senator. If you do that, it is impunity and the laws are very straight on this issue.

How Gumi is fuelling religious war with his utterances —Panya

Why Oduduwa Republic agitators have ditched calls for restructuring for…

Breaking up Nigeria will not solve but create more problems —Yakasai