No need for national confab again, Ohanaeze Ndigbo, others back FG 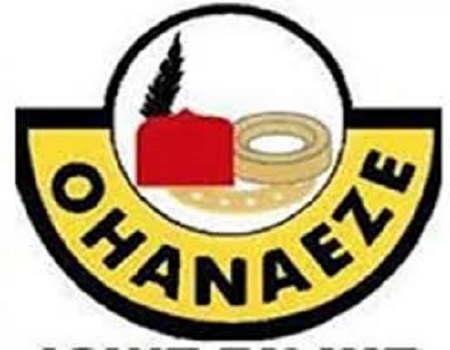 The Deputy Vice National President of the Ohanaeze Ndigbo Worldwide, Chief Demian Ogene-Okeke, on Wednesday, back the decision of the federal government that says there is no need for a national conference to address core problems plaguing the existence of the country and those agitating for such conference should channel their grievances to the National Assembly, currently in the process of amending the 1999 constitution.

According to Ogene-Okeke, there was no need for another national conference again.

He said what the federal government is doing everything to reduce cost.

Nigerians should agitate on how to restructure the country and stop asking for what has never yielded any positive result.

We have had a lot of national conferences in this country without any benefit. So the government can implement and make use of them, instead of wasting another money unnecessarily, especially at this moment where the country is passing through unexplained challenges, ranging from unemployment, hunger and insecurity.

I advised the federal government to implement and make use of the last one, President Goodluck Jonathan organised in 2014. Because not implementing the last national confab is dangerous and organising another one is dangerous as well, coupled with the high level of agitational groups in the country.

A source, who also back the FG’s declaration, but plead not to be mentioned in the print, said he allied himself with the government because the four-time programme has not changed anything in the lives of Nigerians, why national conference again.

Nigerians will be forced to rise against any government that proposed another national conference.

Our leaders should try and strengthen our democracy by allowing those who think good about the growth of the country to occupy leadership position (Executive, Legislative and the Judiciary).

The National Assembly has the capacity to perform whatever rule the so-called national confab will do, the source concluded.

In spite of the huge investment in the water sector by the government and international organisations, water scarcity has grown to become a perennial nightmare for residents of Abeokuta, the Ogun State capital. This report x-rays the lives and experiences of residents in getting clean, potable and affordable water amidst the surge of COVID-19 cases in the state…No need for national confab    No need for national confab