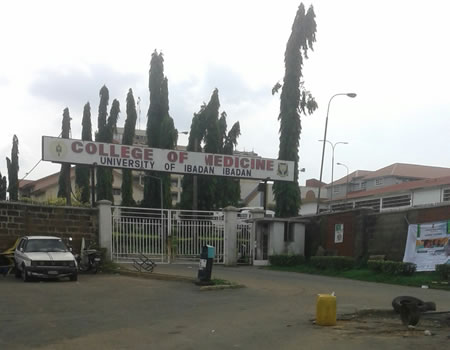 THE controversy surrounding the N118 million financial support given by the Oyo State government to the College to fight COVID-19 has been resolved, the Provost of the College of Medicine, Professor Emiola Oluwabunmi Olapade-Olaopa has declared.

There have been accusations and counter-accusations over the exact amount given by Governor Seyi Makinde-led administration to the institution through the Department of Virology, to combat the coronavirus pandemic.

Speaking on ‘Parrot Xtra Hour on Radio’ anchored by Olayinka Agboola on Tuesday, the provost said there was no longer reason for anybody to doubt what transpired.

According to him, “There is no more explanation to give because officials of the state government said they gave the money and materials to some people at the Department of Virology and those concerned did not deny receiving such. So, do we still have reasons to engage in any explanation again?

“There would have been a problem if those fingered as the receivers had denied. Now, I don’t think there is any more issue to be discussed on this.”

He also cautioned Nigerians against the culture of self-medication and urged that care must be taken in consumption of traditional medicine as well, saying that people do not usually know their exact contents for quality control and assurance.

Olapade-Olaopa, a urologist, said there are many causes of prostate cancer in men aged 50 and above even as he stated that inadequate sexual intercourse is not responsible for the disease.

According to him, “I don’t think so. We have seen people whose lifestyles do not include having sex, yet they do not have prostate cancer. Our men should not use this excuse to be messing around.”

The don who hailed the efforts of medical practitioners in the wake of the COVID-19 pandemic, said little knowledge of the virus, insufficient human and material resources, among others, were the challenges facing medical healthcare workers generally.