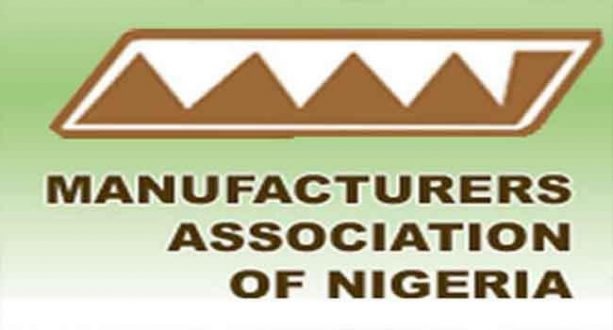 Manufacturers Association of Nigeria (MAN) has said that plan of the Federal Government to resuscitate Ajaokuta Steel Rolling Mill may be a mirage with the exclusion of local industry operators.

Speaking with Tribune Online in Ilorin at the weekend, the chairman, Basic Metal, Iron and Steel and Fabricated Metal Products sector of the MAN, Dr Kamoru Yusuf, said that the process of resuscitating Ajaokuta Steel complex was not properly structured.

Dr Yusuf, who discouraged proposed negotiation on the revival of the rolling mill with foreigners, said that it would be impossible for any foreign investor to bring Ajaokuta Steel company back to operation.

“No foreign investors can bring Ajaokuta Steel Company back to operation. What the Federal Government needs to do is to adopt the model used by the Peoples of the Republic of China which later transformed the country’s Steel industry within 25 years, leading to massive development of the industrial sector in China.

“What the Chinese government did was to indigenize one of the country’s major industries – the Iron and Steel, into the hands of their people with the government holding only 25 per cent interest while local investors were allowed to own 75 per cent stake. This created opportunities for the local investors and ensured that the wealth remained within the country-China, without repatriation of capital as well as dividends; thereby leading to the development of local skills and other multiplier effects that finally resulted in what the world is witnessing today as the industrial explosion in China.

“I urge the Nigerian government to redirect its policy on the industry because having expended close to 40 years experimenting a particular model without result, it should be clear and in fact obvious that the commercial interest of the offshore investors does not match the developmental interest of the Government of Nigeria as well as the industrial aspiration of her citizens.

“With my over 30 years’ experience in the iron and steel business, I can confidently provide a workable template, which of course could also show that no foreign investor can fix Ajaokuta Steel Company.

“Any attempt to invite foreign investor(s) to resuscitate the Ajaokuta Steel Company will result in the said foreign interest depriving us of our national heritage; as any proceeds realised from the sales, will be repatriated by such interests to their countries and would consequently have negative effects on Government’s policy of backward integration and the corresponding objective of conserving the scarce foreign exchange with dare consequences on the current and future well-being of our economy.

“Therefore, it is only indigenous investors that can make it happen so that the proceed can remain here in Nigeria and we can re-invest this into the economy. This we have all seen, was the case in the cement industry and with Nigeria now taking another giant stride in refinery and petrochemicals.

“Developed nations of the world are always at the forefront of periodic review and monitoring of progress and challenges facing the Iron and Steel sector; by mandating their financial institutions to provide adequate support to the industry,” he said.

The MAN executive urged the federal government to consult with owners of existing steel plants in the country to give clearer narrations of the issues in the industry.

“The process of resuscitating Ajaokuta Steel Company which is our nation’s heritage was not properly structured. What should have been done, was to consult with owners of existing steel plants who would have given clearer narrations of the issues in the industry. But this important aspect was jettisoned by the Presidential Committee constituted by the Federal Government on Ajaokuta. However, some of the indigenous stakeholders had since drawn the attention of the Government to this gap.

“There is also the need to first commend the efforts President and Commander-in-Chief of Armed Forces of the Federal Republic of Nigeria, His Excellency, Muhammadu Buhari, GCFR, and the Honourable Minister for Mines and Steel Development, Arc. Olamilekan Adegibte for their astuteness and determination to resolve the age-long problem and make the Ajaokuta Steel Complex a dream that comes to reality in an effort to industrialize the country.

“The drive to revive Ajaokuta Steel Complex is to set the stage for Nigeria as the leading industrial nation in the continent as earlier envisioned, which is being driven through the development of the Steel sector under the minister of Mines and Steel Development, Arc. Olamilekan Adegbite.