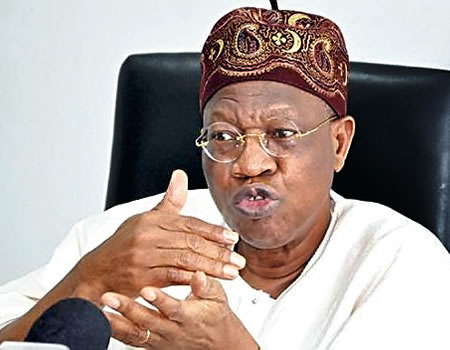 “We have not and do not intend to
predetermine who our candidate will be. We have no favoured candidate
among the governorship aspirants. Whoever emerges will do so through a rigorous, transparent process. So let’s all keep an open mind”, he said.

“This parley is one of a kind, perhaps unprecedented in the history of our dear state. It signposts our determination to conduct a transparent and hitch-free primaries, to do things differently from the past so that we can move our state forward and raise the living standards of our people. After all, governance is all about the people.

“This parley is particularly important because of the level of interest that has been shown in the governorship ticket of our great party. Kwara APC has the highest number of governorship aspirants under this dispensation. All eyes are on Kwara, so we must get it right, especially as we are sure to occupy the seat of power in this state, come 2019.

“What we are saying is simple: Let all the aspirants present their vision and mission to our party stakeholders, in an open, transparent and organized manner. If you become the governor of Kwara state under the APC flag, what can the long-suffering people of our dear state
expect from you? How do you intend to ensure that the government serves the people rather than just one man?

“How can what has become a one-man rule be transmuted to majority rule for the betterment of the people? The answers to these and other questions will give us an insight into your plan of action for the state”, he said.

Also speaking, state chair of APC, Hon Bashir Bolarinwa, said that governance in the state needs total overhauling, adding that Kwara state had not been so blessed in the choice of its chief executives.

“Everything about governance in the state is due for total overhauling, and this we will do for the betterment of the good people of the state.

“After all, it is said that you cannot continue to do things the same way and expect a different result. What we are doing today is a total departure from what obtains in the oligarchy system we are trying to stamp out.

“We are gradually closing the page of an era that has deliberately held the state back, an era in which the loyalty of public holders is to one man must be served.  The result of such undemocratic system is lack of infrastructure, depreciation in living standards and lack of respect for human lives and high-handedness in the corridors of power.

“Never again will our state be held down by the whims and caprices of one man.  The old order,  which can only nurture mediocre and bring unpatriotic elements to the corridors of power must give way to a genuinely democratic elements,” he said.

Sacked government officials in Benue run away with vehicles

Mandatory use of NIN to commence January 1st, 2019