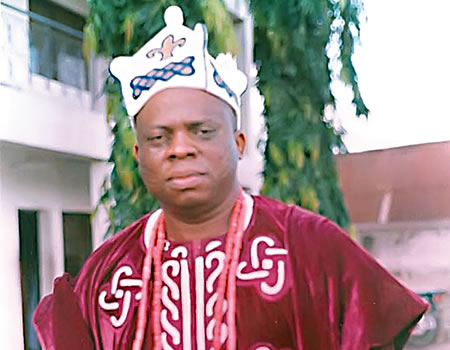 Onpetu of Ijeru land , Oba Sunday  Oladapo  Oyediran,  has stated that no court judgement deposed him as the traditional ruler of Ijeru Land.

The monarch   stated this in a statement made available to the Nigerian Tribune on Thursday in reaction to a publication by a national newspaper on Wednesday,  December 29, reporting a purported deposition of the monarch as the traditional ruler of the community on the order of the High Court of Oyo, located in Ogbomoso.

He said, “Emphatically, I wish to state that there is no court judgement deposing me as the Onpetu of Ijeru Kingdom, and there has never been any litigation challenging my rights  and entitlements to the throne of Onpetu.

“The judgment of Honorable Justice K.A  Adedokun upon which the publications were made is premised on the judgement of Honourable Justice I.A.A. Ayorinde of the Oyo Slate High Court sitting at Ogbomoso in suit no HOG’12!86 between Chief Adcleke Lawal and Oba Yesufu Abidoye Mobolade and two Others.

“The suit has nothing to do with the throne of Onpetu of ljeru Kingdom.

“As a law-abiding citizen who believes in the judicial system of this country, legal steps have already been taken to ensure that historical records and facts are not distorted.

“The segment of the judgement orchestrated in the media is a misrepresentation aimed at confusing the members of the public.

“Fortunately, chieftaincy authorities in Oyo State are not so swayed. For the avoidance of doubt, therefore, there is no judgement deposing me as the Onpetu of ljeru Kingdom.”

The monarch, however, call for calm in the community while he assured his subjects that nothing of such happened as reported in the media.

“Let me, at this juncture, use this medium to call on all my subjects both home and abroad, friends and well-wishers to remain calm and be reassured that the Onpetu of ljeru Kingdom is not impacted in any manner by the story being orchestrated in the media, and I shall continue to function effectively as the Onpetu of fjeru Kingdom by promoting the welfare and wellbeing of all my subjects and inhabitants,” he said.

Things leaders should do in 2022 to rekindle hope of Nigerians, Amaechi, Ofonogaro, others speak