No case of sodomy, torture in our rehabilitation centre ― Tahir 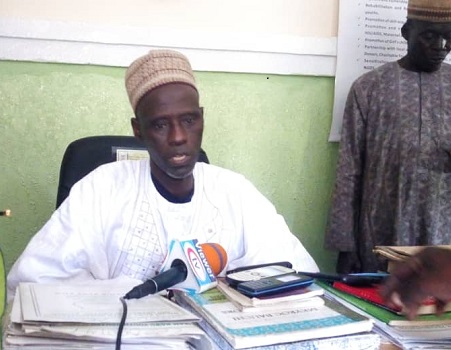 As raids on rehabilitation centres by Police and other security operatives across the country over allegations of inhumane treatments such as torture, Sodomy and other vices being meted out to youths and children being held at those centres continue, the Malam Kawu Youth Rehabilitation and Orphanage Centre in Bauchi has stated that the centre is devoid of such cases.

Chairman of the centre, Abdullahi Muhammad Tahir who stated this while addressing Journalists in Bauchi explained that the organization was fully registered with Bauchi local government, state and federal government and was given license to operate not only in the state but to establish similar centres all over the North.

According to him, security agencies including the Department of State Services (DSS), Police, Chief Imam of Bauchi Central Mosque and other religious bodies have visited the place and commended them for their efforts.

He claimed that the centre receives naughty officers even from police, army and sons of prominent people and release them within six months of the rehabilitation process.

” We have rules and regulations in this house which help a lot in avoiding the alleged problems faced in other rehabilitation centres. Here we don’t allow two people to sleep in one bed neither do we allow two persons to enter a toilet at the same time. This is a deliberate move to prevent homosexuality.

” And the issue of torturing is not happening here, we don’t beat children here. We only hold, counsel and teach them knowledge. Although we chain those who are too violent, we free them within a few days if they change for the better.” He said.

Tahir explained that the major things they do to rehabilitate the naughty children in their custody are prayers and counselling noting that so far the centre has sent 21 children to primary schools, 8 to junior secondary Schools and 7 others to university after their rehabilitation.

He warned governments against closing down rehabilitation centres especially the recognized ones saying they complement the effort of security agencies in mitigating crimes in the Society.