Latest NewsTop News
By Ishola Michael - Bauchi On May 4, 2021 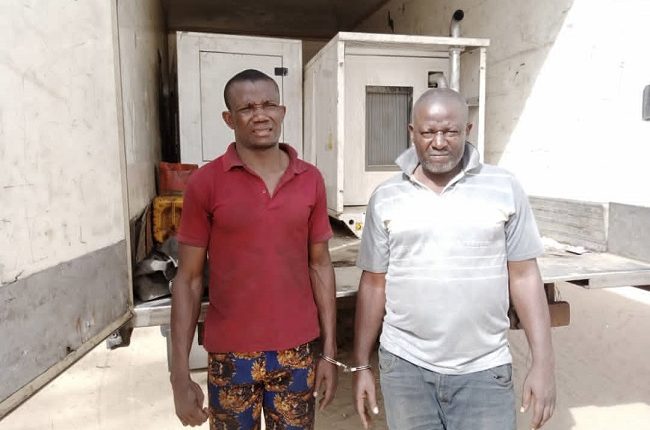 Bauchi State Police Command has declared that contrary to reports in the media, there is no infiltration of Boko Haram militants into the state.

In a press release signed by the PPRO, SP Wakili Ahmed late Monday evening, the Command stated that no any part of the state was visited by the Boko Haram militants assuring that everywhere is peaceful in the state.

It stated that “The attention of the state command has been drawn to viral media publications making the rounds that Boko Haram fighters have infiltrated four local government areas of the state, quoting the Secretary to the State Government (SSG), Sabiu Baba, after an emergency Security Council meeting convened by the state Governor Bala Mohammad.”

The PPRO added that “We, therefore, wish to correct that the erroneous narrative being peddled around is not a true account of what transpired at the Security Council meeting, neither is it the reality on the ground as being portrayed to reflect the position of the State Government.

“For the records, the Security Council Meeting was convened by the State Governor to discuss arising security concerns in order to forestall influx fleeing Gaidam and Kanam residents from Yobe State after the Boko Haram elements attacked the two towns.”

The statement added that “In a press briefing by the SSG, he made it clear that the meeting discussed proactive ways of ensuring that adequate security is emplaced to prevent influx of criminal elements from neighbouring states to Bauchi State.

“He made reference to a noticeable influx of some suspicious visitors including some criminal elements found to have stolen telecommunication equipment five of which were arrested and they are under investigation. Another case in point is the apprehended suspects who stole Mikano generators from Geidam and were heading to Kano through Bauchi State.”

This according to the Police Command occurred on 28/04/2021 at about 0300hrs when a distress call was received from Gashua Yobe state that a generator, Mikano SP 13, was stolen loaded in a tanker vehicle and headed to Gamawa-Kano road.

The PPRO stated that “On receipt of the report, policemen of Gamawa Division in collaboration with the military conducted stop and search at the Gololo military checkpoint  and the effort yielded positive result as the vehicle was intercepted with two stolen engines: Mikano SP 13 and Jubail Bros  P 20.

“Also, two suspects, Felix Chukwe and Chinedu Uche all of Imo State origin were arrested in connection to the crime.  The suspects were arrested and the vehicle impounded, investigated and profiled.”

He added that “After preliminary investigations, both the suspects and the exhibits were handed over to Yobe State Command. We, therefore, call on members of the public to disregard the news that Boko Haram has infiltrated the state, and go about their normal business as the media reports lack both merit and basis.

“For the sake of emphasis, Bauchi State has not been infiltrated by the so-called criminal elements. Bauchi State Police Command will continue to do everything within its power and capacity to ensure adequate security of lives and property.”

The PPRO concluded that “Meanwhile, we wish to task citizens of the state to continue to be law-abiding while ensuring they report any suspicious incidence to the nearest police station”.