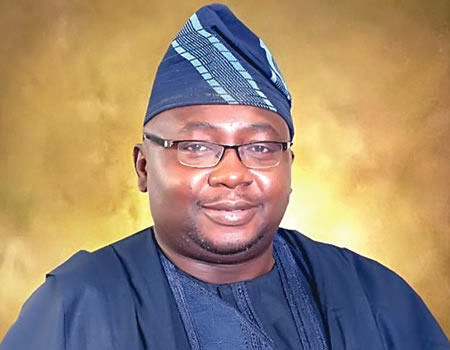 Ahead of the March 2, 2019 gubernatorial election in Oyo State, a group working to ensure the victory of the All Progressives Congress (APC) candidate, Chief Adebayo Adelabu at the polls, has declared that a merger, as being proposed among the opposition candidates, cannot stop the emergence of Adelabu as the next governor of the state.

This declaration was contained in a release signed by Friends of Bayo Adelabu (FOBA)’s spokesperson, Dr Bayo Busari, which was made available to journalists in Ibadan on Tuesday.

The group said it based its assertion on the “diligent, scientific and robust manner” with which Adelabu has conducted this year’s electioneering in the state and “the overwhelming acceptance” he has received from across the state.

“We make bold to say that while members of the opposition in the state were engaging in discussing the person of Chief Adelabu, he has been busy engaging interest groups and the people of the state, intimating them with the major policies that his government was going to embark on immediately he is sworn in, to make life more meaningful for them.

“Members of the opposition, having seen the handwriting clearly on the wall have now gone into the panic mode, tinkering with an idea of aligning to confront Chief Adelabu.

“Their move is belated as it is coming when the good people of Oyo State have taken a decision to have the APC candidate as the next governor of the state,” the statement said.

According to Busari, “the opposition candidates were busy beating around the bush when Chief Adelabu was traversing the nooks and crannies of the state, day and night working tirelessly to win the confidence of the people, which he has eventually gotten.

“We are patiently watching in amusement to see how the people who could not bow for one another before they became political prostitutes will now sway the electorates whose minds are already made.

“They could not unite when they were seemingly members of two political parties, how will they do that now that their rejection at the polls has become imminent?

“Adelabu’s emergence on the political landscape of Oyo State is God’s own project and we believe that the good Lord who has seen him this far will crown his effort with resounding success, at the polls,” the statement said.