Nnamdi Kanu will account for his actions but…., says Buhari 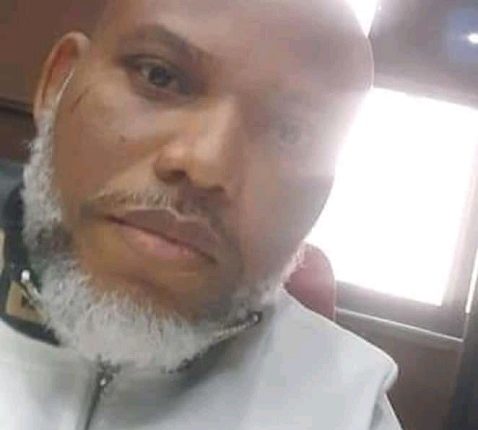 President Muhammadu Buhari has disclosed that the detained self-proclaimed leader of the Indigenous People of Biafra (IPOB), Nnamdi Kanu, will account for his actions given the way he insulted his administration from abroad.

He, however, did not rule out political solution to the matter, saying that it will depend on if Kanu behaves himself as he was not ready to interfere with the duties of the judiciary.

Buhari said these during an exclusive interview with Channels Television on Wednesday night while speaking on a myriad of issues affecting the country.

When reminded that some Igbo elders had requested for the release of the secessionist agitator, he said he would not interfere with the judiciary as Kanu will have the opportunity to defend himself.

“But what I wonder is when Kanu was simply in Europe, abusing this administration and mentioning too many things, I never thought really he wanted to voluntarily come and defend himself on the accusations he has.

“So, we’re giving him an opportunity to defend himself in our system and not to be abusing us from Europe as if he was not a Nigerian. Let him come here with us and then criticise us here in Nigeria, let him be listened to.

“But people are saying he should be released, no, we cannot release him.”

“Let him account for what he has been doing.”

Those who own DisCos are not electrical engineers, they got them as political favour

I have no interest in who becomes APC presidential candidate, Buhari says