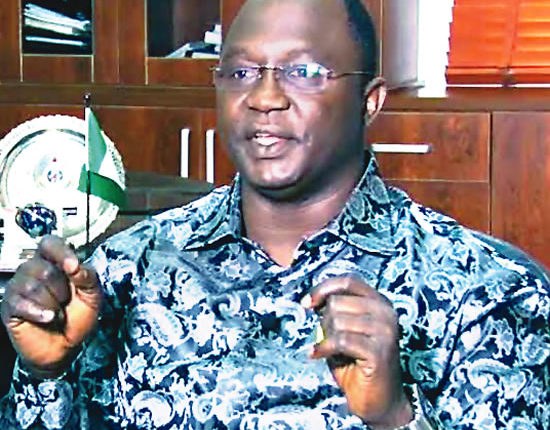 The Nigeria Labour Congress(NLC) has written to the United Nations and the Federal Government of Nigeria over the coup in Myanmar and called for respect for democracy and human rights in the country.

President of NLC, Comrade Ayuba Wabba, who is also the President of International Trade Union Congress (ITUC), called for global action against the military coup in Myanmar.

Wabba said the NLC and indeed workers all over the world received the news of the forceful overthrow of the democratic government in Myanmar and the subsequent military take-over, with great dismay.

According to him, the move is certainly anti-progressive and anti-development, adding, “this development particularly worries us because of its impact on the rights and liberties of workers and the ordinary people of Myanmar.”

He pointed out that the NLC, working in concert with the global working-class solidarity, has pledged to do all within its power to stop the coup from succeeding.

The NLC/ITUC president said: “We will work to ensure the release of all those detained. We will campaign to bring an end to the violence and harassment of the people of Myanmar. We make the demand that the perpetrators and masterminds of the coup in Myanmar must be isolated.

“In line with the positions and demands of the International Trade Union Confederation (ITUC) to international institutions, we have called on governments worldwide, including the government of Nigeria to stand together in support of the people in Myanmar.

He called on all the world leaders and governments to publicly condemn the coup d’état in Myanmar; and should not recognize or appease the military junta that has hijacked power in Myanmar.

The NLC and ITUC president also called on the United Nations (UN) General Assembly to keep the Myanmar seat vacant until the elected representatives can form a parliament and a government; and support the adoption of an urgent resolution of the UN Security Council, including sanctions for the coup leaders.

He also called for a special session of the UN Human Rights Council to review the situation in Myanmar; “to call for the release of everyone arrested pursuant to the coup; and to mandate the Special Rapporteur on Myanmar to monitor and issue a special report on the human rights situation, including arrests, compliance with freedom of association, protection of protestors, respect for the right to peaceful assembly and protests and the right to opinion, expression and speech, including reliance on information technology platforms.”

The NLC further called for implementation of comprehensive economic sanctions to stop any and all revenue to the military, and immediately cease all military cooperation and arms trade with Myanmar.

Wabba said: “We demand that Nigerian companies operating in or sourcing from Myanmar should provide support to workers where operations are curtailed and also support and protect workers protesting the coup.

“We stand in solidarity with Myanmar’s workers and with the people of Myanmar and pay tribute to those brave workers taking action to reject the military takeover.

“After 30 years of military dictatorship in Myanmar, we stand united with the people of Myanmar to ensure that the people’s vote is respected and that all those who have been democratically elected can form a legitimate government.”

Shame and the Nigerian political class