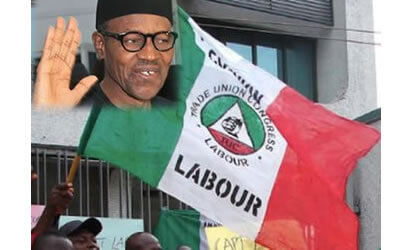 THE Nigeria Labour Congress (NLC), the Nigeria Union of Local Government Employees (NULGE) and the United Labour Congress (ULC) on Thursday lamented the rising usage of Caretaker Committee chairmen to siphon funds meant for the development of local governments across the country.

They all spoke in Abuja on Thursday during the grand finale of NULGE nationwide rally protest on local government autonomy. The protest rally, which commenced at the Unity Fountain park and ended at the National Assembly, is to ensure political, financial and administrative autonomy of local government areas and abolition of State/LGA joint account.

Comrade Khaleel vehemently protested the use of political cronies by some state governors as caretaker committee chairmen; regretting that the development was becoming too rampant and was subverting the real essence of local government administrations in the country.

He pointed out that most of the states have jettisoned the idea of conducting local government elections, rather they see the 774 local government as mere appendages through which they fleece the grassroots.

He argued that development would continue to elude the grassroots, if Local governments are not allowed to chart their own course as enshrined in the constitution.

“We decided to carry out a concerted campaign across the country for a constitutional amendment which in the end will legally put local government councils in the proper framework to deliver on its objectives.

“You all must have witnessed the levels of instability in the administration of the local government system in the country. Local government administrations are either not allowed to function as state governments starve them through the operation of state-local government joint account; or they are prematurely terminated or dissolved and caretaker committees set up, made up of political cronies and rookies.

“It has become increasingly clear since 1999 that our ruling elite across the political divide, and irrespective of party affiliation, see and indeed operate local governments as mere appendages through which they take additional resources without accountability”.

NULGE drew reference from the dissolution of the 16 local government councils of Ekiti State in 2010, when Dr Kayode Fayemi was the governor and a recent pronouncement by the Supreme Court on the way local governments have been administered.

He also accused States House of Assembly of complicity in the act of gagging the local governments.

According to him: “In a landmark ruling late last year, Justice Olabode Rhodes-Vivour leading a five-man panel, described as “executive recklessness” the now rampant acts of dissolving democratically elected local government councils in states and replacing them with caretaker committees.

“This ruling was with respect to the dissolution of the 16 local government councils of Ekiti State in 2010, when Dr Fayemi was governor. Despite the fact that the Ekiti State House of Assembly acquiesced in this illegal action by promulgating an edict to legitimise it, the Supreme Court pronounced the conniving act of the House of Assembly also illegal.

“Speaker of the House of Representatives, Honourable Yakubu Dogara, had in hailing the decision of the Supreme Court, described the appointment of caretaker committees for local governments by governors as “executive recklessness,” while also urging the Federal Ministry of Finance to deny federal allocations to local governments that do not have democratically elected council officials.”

The rally which began at the Unity Fountain,Abuja at about 9am had the presence of anti-riot policemen and Nigeria Security and Civil Defence Corps (NSCDC) who at first tried to disrupt the rally.

He said: “Caretaker Committee or whatever they call it is illegal and alien to our constitution. They are using it to divert our resources and therefore we must say no to illegal diversion of the resources of the local government.

“We cannot allow such an important segment of governance be desecrated to that level. We have a duty as parliamentarians that represent the people to support and make the autonomy of local government a reality.

“State assembles must rise to the challenge, they must answer the call of the Nigerians people, they must speak truth to their state governors, they must defile them in the interest of those who elected them. Both the senate and reps stand by you, but this struggle should be more intense to the state assemblies and to state governors. We cannot say we are fighting corruption when state governors have a legitimise ways of appropriating local government funds for their use.”

Comrade Ajaero said the Organised Labour will unite on this issue and any other issues that affect the interest of the workers and Nigerians.