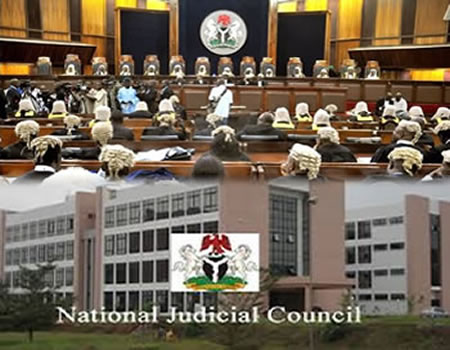 EMBATTLED Chief Judge of Abia State, Justice Theresa Uzokwe and the most senior judge of the judicial division, Justice Obisike Oji have been recommended for compulsory retirement by the National Judicial Council.

A Supreme Court justice and two other Chief Judges of state divisions whose identities the council is protecting, for now, are under probe for alleged misconduct.

Atiku to speak at Chatham House in April