NISS vows to clamp down on fake soil scientists 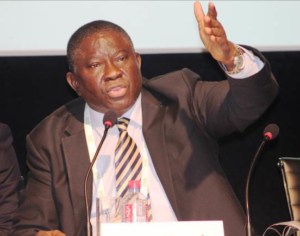 The Nigeria Institute of Soil Science (NISS) has said it would clampdown on unqualified and fake soil scientists in the country.

NISS said it has reached an advanced stage towards the planned prosecution of unqualified soil scientists so as to take possible actions to prevent soil degradation.

Professor Victor Chude, the Registrar of NISS who disclosed this in Abuja yesterday at the induction ceremony of newly registered soil scientists said the move became necessary following the increasing menace of quackery among soil scientists in the country.

He said the induction of the newly registered soil scientists is to establish the culture of standard in the Institute.

Professor Chude noted that NISS Act 2017 is to regulate the profession of soil science, the use and management of soil resources to maintain high soil quality for sustainable crop production.

According to him, soil scientists play the same role as doctors do, if the soil is not properly treated, it will not support the production of crops and it will not allow it produce a good yield.

ALSO READ: ANALYSIS: Like Dariye, Orji Kalu will be entitled to full salary and allowances despite conviction

“With the induction of the soil scientists, there is going to be awareness created for people to know how we operate. We are going to have an amendment to the Act as the soil is a vital and non-renewable component of the ecosystem”, he said.

President NISS and Chairman of the Council, Professor Ayo Ogunkunle said the negative impact of quacks among soil scientists can affect millions of people for several years before detection.

Professor Ogunkunle who noted that the importance of the regulation of the standard qualification and skills of soil scientists cannot be overemphasized said the soil resources of the nation must not be neglected or allowed to degrade beyond profitable agricultural use.

While noting that the detailed survey and mapping of Nigeria soil resources is long overdue, he solicited government support in view of its importance.

He said: ” Agricultural soil is the real wealth of a nation as it is basic to human existence, essential for food, feed, fibre and fuel production.

“A crucial requirement for appropriate use and management of the soil resources of a nation is a good knowledge of the various soil components and characteristics. This is not possible without a detailed soil survey of the country”, he said.

Sowore: Reps order probe of DSS over invasion of court