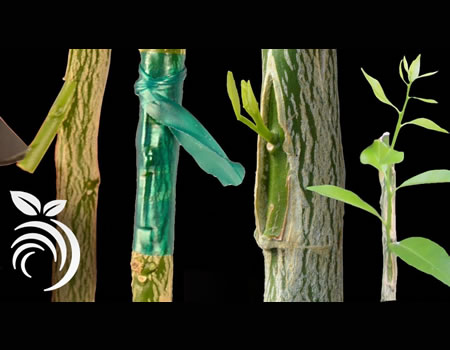 Oyedele who was represented by the Head of Extension Research Program, Dr. Mrs. Funmilayo Olajide-Taiwo, said the institute noted that most of the citrus orchards around are not producing as expected because they are direct  from seedlings trees.

She explained that the new budded technology is to provide improved citrus seedling to citrus farmers and also to improve the efficiency of citrus production, fruit quality and making fruit available all year while the tress are also diseases resistant

She said apart from increase in the yield of the new improve citrus budded trees and uniform fruiting, the budded citrus trees maturity is between 36 and 42 months.

Olajide- Taiwo said “we are here to train our farmers on budded citrus nursery techniques because we discovered that most of the citrus orchard that we have in the state are from seedlings trees  and we also discovered that they are not producing well while we have this budded technology in our institute and we want to pass the technology across to the farmers in the state.

“If you’re producing from budded seedlings they produce faster that the ones that are gotten from seedling trees. They will start producing between three and three and half years  and they are true to type  with uniform fruiting”.

“We believe this will generate employment, and will also increase their income and at the same time they can train others and therefore reduce the level of unemployment in the state.

“They can also serve as out growers because the research institute is basically into research but we cant meet the request of all our stakeholders, so because of this, if we have people within this zone that want to purchase citrus seedlings we can refer them to the farmers that are trained within the tate.”

He however called for a value addition of the citrus to avoid wastage and to make more money and said “the culture in Nigeria still goes without value addition, and we cannot make enough money and there will be a lot of wastage and spoilage, so beyond fruits consumption we have to go seriously into value addition”