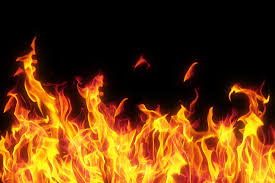 A night fire outbreak has destroyed some shops in old Jimeta Market in Yola.

The News Agency of Nigeria (NAN) reports that the fire started around 8.00 p.m. and lasted for about three hours before it was put out by fire service men from the American University of Nigeria, Yola.

Gov. Muhammadu Bindow visited the market on Wednesday morning to assess the damage and sympathise with the victims.

“It is a sad development, we are going to set up a committee to investigate it and to advice on how to assist the victims.”

The District Head of Jimeta, Alhaji Mohammed Inuwa, said that the cause of the fire could not be ascertained now.

Inuwa said that only a section of the market was affected by the fire.

He said that lack of access road hindered efforts of fire service officials to put out the fire quickly.