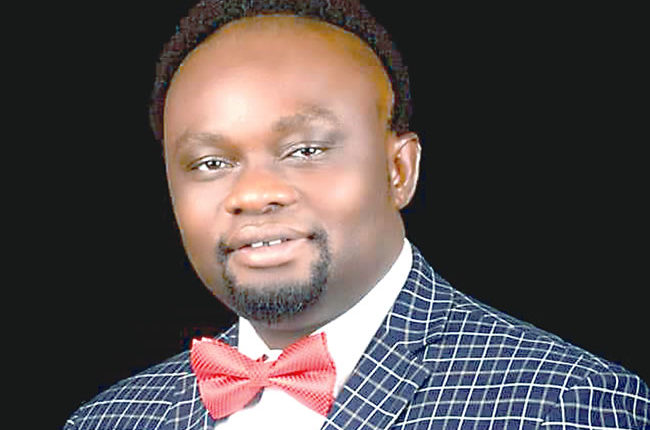 Paul Ujong Ndoni is the visionary of the City of Plenty Chapel Incorporation, Obudu Local Government Area, Cross River State.  In this interview by OLADIPO ADELOWO, the cleric speaks on national issues and his experience in the ministry.

Without doubt, 2020 is a year to remember as events have continued to unfold since the beginning of the year. What is your take on the events that have shaped the country and what do you foresee?

At the beginning of this year, the Lord had told us that He was passing through Nigeria in transition and Nigeria was passing through that transition, adding that Nigeria is going to know the difference between righteousness and unrighteousness and after this dispensation, we will learn our lessons and that it is going to be a dispensation of tussle and a lot of bloodshed, which will lead us to stability. God told me that Nigeria and Nigerians will soon enter into stability in the next eight years and the country  will be stable because Nigeria is presently passing through a dispensation which is about to end in the next eight years.

After that, God revealed it to me that Nigeria is going to enter into a dispensation of stability where righteousness is going to be the watchword.  God gave me a specific message and the gospel I preached is the gospel of resistance to key into the operations of the devil upon humanity. We centre on preaching because there is the need to teach men and women on how to be freed of oppression under the prayers of warfare and we are specific in what we represent and God has been helping us.

Are you saying that it will take another eight years for Nigeria to get out of its present problems or that there is no solution in sight?

If God is telling us that the country is going through a transition, it means that there is the need to teach mankind or the citizenry a lesson so that everyone can appreciate his or her next level.  Actually, when the Israelites were going to Canaan land, they had to pass through the wilderness so that when they get to Canaan, they would be able to value what they were going to have. Complaints and murmurings brought Nigerians into these problems, coupled with the fact that we are not focused as a people, part of which was one of the things that also brought the Israelites into the wilderness during their own time too for 40 years. Presently, everybody thinks he or she is right and that every political leader is not doing it right and they are also agitating for another set of rulers. There are a lot of complaints here and there, that is why God is passing through the country in order to usher in a new dispensation. By the time we stabilize, we shall all rejoice about what God has given unto us. In fact, there will never be a smooth transition between now and 2023 because there is going to be more bloodshed; there is going to be tears and lots of sorrow, because according to God’s calendar and timing, I don’t foresee righteousness on the throne of Nigeria as a people.  It is the righteousness of God that can stabilise a nation.

The Bible says, righteousness exalts a nation and sin is a reproach. It is the only righteousness that can save this country from its many problems. God says that the man that will take over from this government is going to be worse than the present leader in this government, except we as a people move closer to God and seek His face in our affairs. I don’t see stability in this nation, even in the next eight years or in the next few years, but if we pray fervently, it is after the eight years that Nigeria is going to gain stability according to the calendar of God.

What do you think that Nigerians have done to deserve this?

We have done nothing but the people that are yet to get salvation may not understand this because if you are saved, that is when you can appreciate salvation. This is the trend because the same people that are complaining are the same people that are going to make the wrong choice again and as a result of our choice, Nigeria is going to suffer the decision after which God will impose His own agenda. His agenda is superior to that of human. When the Israelites were complaining about His prophets in the past, God had to allow them to test kingship and Saul came in, they started complaining and I was made to understand that the era of the prophets was more profitable to the people of Israel than the era of kings and after the passage of King Saul; it was as a result of the behaviour of Saul that God had to bring David as their leader. David was able to go all out to defend the people of Israel and the reign of David witnessed wars and he fought about 66 wars and stabilised Israel. That is what Nigeria is passing through now. Thus, says the Lord God of the hosts of heaven, the saviour of Nigeria will come after the next eight years. That reign will bring about stability in the country because a lot of things that are causing problems for Nigeria will be corrected by then. But the only thing we have to do from now on is to pray and let our congregants know that there is future and there is hope for this country.  I am telling the body of Christ in Nigeria that we should pray. The Bible tells us we should pray without ceasing and be focused.  The body of Christ in Nigeria should not be worldly because, presently, there is no much difference between the world and the Church. That is what we are seeing now.  The rate at which churches are fighting against one another, it is even more than what is happening in the world. If we can be under the same umbrella, God will bring stability to our country.  I think in a very short while this thing can come and it will be a thing of joy for the whole nation.

How was life before the calling?

I was a cooling system engineer; I worked with Skyrim International, a Chinese company that was into coils conditions of refrigerators and air conditions and I worked with them in Abuja. Before then, I was still in a ministry because I was with Dunamis International in Area One, Garki, Abuja. So, it was then the Lord came and ordered my footsteps into a full-time ministry. Though before that time it had been a burden since 2001; I submitted totally in 2011. This was after a lot of things had happened and I saw that actually, my destiny was to do the work of God and I could not run away from it.  I have a National Diploma certificate from the College of Education and I also have a first degree in Religious Education from Enugu State University.

How has the experience been since you became a cleric?

It has been awesome and I thank God for making me one of His vessels. There have been countless great works God has done through the ministry and we are grateful that the manifestation of the power of God has made the ministry to grow and expand.

What young clerics must do to fortify Christianity —Reverend Adefusi

From feast of love to Lenten season

Some pastors are bringing shame to Christians, Nigeria —Wada

The Power of Prayer: Insights into prayer as the master key to every closed door